Twice a year the administrations of the US Province and Canadian Region meet to discuss collaborative efforts and shared concerns. Topics related to immigration and internationality have been the primary focus of recent meetings. Both were listed on the agenda of the April 9 gathering held at the US Provincialate in Hales Corners, WI.

However, another topic quickly moved to the forefront of the administrations’ shared concerns: just days earlier, Fr. Heiner Wilmer, SCJ, superior general, was named the next bishop of Hildesheim.

The councils spoke of the impact of the April 6th announcement. Within six months, a General Chapter would need to be held to elect not just a new superior general, but a whole new administration. And before that is done, each entity would need to have its own chapter so that delegates to the General Chapter can be selected.

Already a week after the meeting, many of the pieces of that discussion are in place (see next news item).

Although Fr. Heiner’s appointment had a significant impact on the North American councils’ discussions, there was still a focus on internationality and immigration. Click here to read more.

Members of the two councils are pictured at the top of the page with the novitiate community. 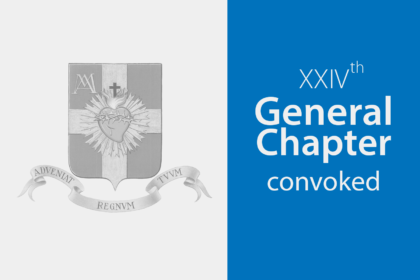 Yesterday, Fr. Carlos Enrique Caamaño Martin, SCJ, superior general, convoked the XXIV General Chapter. It will be held in Rome, July 14-27. This is approximately the same time period that the General Conference in Manila was to have taken place. Due to the need for a General Chapter (to name a new general administration following Fr. Heiner Wilmer’s appointment as bishop) the General Conference was cancelled.

Before the General Chapter takes place, each entity must have its own chapter to select its delegates. The US Province will hold its chapter on the afternoon of Monday, June 18. The start of the Province Election Assembly will delayed to the morning of Tuesday, June 19. The Canadian Region plans to hold its chapter in conjunction with its celebration of the feast of the Sacred Heart.

The date of the episcopal ordination of Fr. Heiner Wilmer will take place September 1, at 10:00 at the Cathedral of Mariä Himmelfahrt in Hildesheim. He will become the 71st bishop of the diocese.

The presider and ordaining bishop will be Archiboshop Stefan Heßeof Hamburg. Other concelebrants are to include Bishop Franz-Josef Bode(Osnabrücker) and Bishop Norbert Trelle (bishop emeritus of Hildesheim). The papal bull will be presented by Archbishop Nikola Eterović (apostolic nuncio).

The importance of being present

“I realize that what is important isn’t WHAT I do but HOW I become present to others,” wrote Novice Henry Nguyen in a reflection about his work at St. Ann Center for Intergenerational Care in Milwaukee. “Being at St. Ann, I see the goodness and innocence of others. It has also allowed me to be a ‘prophet of love’ to those I accompany. By allowing myself to be open and to be present to others, I receive their joy…

“Coming to St. Ann’s with an open mind and heart can be challenging, and I knew it would be. But being there helps me to be moved by the Spirit every time I’m there as I am learning to be patient and to be more readily available and to listen to others.”

Click here to read the rest of Henry’s reflection.

How the deaf are aliens among us

“I naively thought I would bring the Word of God to the deaf community,” wrote Fr. Guy Blair, SCJ, in the April 15 issue of Dehonian Spirituality. “But they have shown me a God of patience, perseverance, trust, and deep faith in the face of life’s difficulties. I have received much more from them than I have given.”

Click here to read Fr. Guy’s full reflection about the deaf being today’s “aliens among us.”

Fr. Tony Russo, SCJ, has been discharged from Wheaton Franciscan Hospital following hip surgery on Wednesday. He is now at St. Camillus Health Center in Milwaukee for rehabilitation.  Fr. Tony says “I am doing well; thanks for all the love, support and prayers.”

Mrs. Lucille Dion-Bédard, the sister-in-law of Fr. Claude Bédard, died on April 6 at the age of 88.

You are invited… but you need to RSVP ASAP

The Lux Center for Catholic Jewish Studies at Sacred Heart Seminary and School of Theology will be honoring the SCJs as a major donor and supporter of the center at its first Sr. Rose Thering Award Dinner on Thursday, May 3rd at 6:00 pm at the Boerner Botanical Gardens (Whitnall Park).

The Sr. Rose Thering Award itself will be presented to Fr. John T. Pawlikowski, OSM, for his lifetime of contributions to interreligious relations. Major donors to the Lux Center and volunteers will also be recognized and honored.

All SCJs are welcome to attend. Tickets are $80 per person (includes dinner and parking). The RSVP deadline is TOMORROW, April 17. Click here to Contact Bonnie Shafrin, Lux Center director, for more information.

The deadline for nominations for the 1st Annual Johnny Klingler Social Action Award has been extended to 8:00 a.m. on Thursday, April 19. Mark Peters, US Province JPR director writes:

“If you know a person or group who has taken action to help the poor or transform hearts and attitudes on issues of justice and peace, help us honor them.”

The award is based upon the action of the person or group nominated, or their leadership in inspiring others to action.The JPR Commission will make a recommendation for the award to the provincial superior. The winner will be announced later in the spring; the award will presented this summer and will include a donation of $1,000 to the recipient’s charity or organization of choice.

Internationality a cornerstone of formation

Fr. David, a member of the US Province formation team, along with Fr. Tom, president-rector of Sacred Heart Seminary and School of Theology, are in Rome this week for a meeting of Dehonian rectors and formators from around the world. Fr. David writes about the start of the gathering:

“This morning (April 16) we spent time introducing ourselves and the entities that we represent.  There are members of the conference from every continent.  The languages being used are Italian, French and Spanish, with translation provided…

“I found it interesting that every formation house represented has members of more than one culture and language in it, India having multiple languages and cultures in the same country.  All of the formation directors spoke about how internationality is a great blessing. By being introduced to cultures in initial formation, students are able to have a richness of experience, of culture, language, and ministry that would not otherwise be possible.”

Click here to read more on the province blog.

After a snow delay, Fr. Ed Kilianski, SCJ, begins the week in South Dakota for a visitation and a meeting with the CPOSH board of directors. He will in Mississippi for SHSM board meetings on April 27, and take part in graduation exercises at SHSST on May 4.

No, it’s not an installation of modern art. Br. Frank Presto, SCJ, shares the photo below of some of the early stages of framing that took place on the fourth floor at Sacred Heart Monastery. As with any construction project, there have been a few setbacks; however, the majority of the work is still expected to be done in time for the formation community’s move-in this summer. During its meeting last week, the council expressed its appreciation to the SHSST community for putting up with the inconveniences caused by the construction, including office relocations and noise. 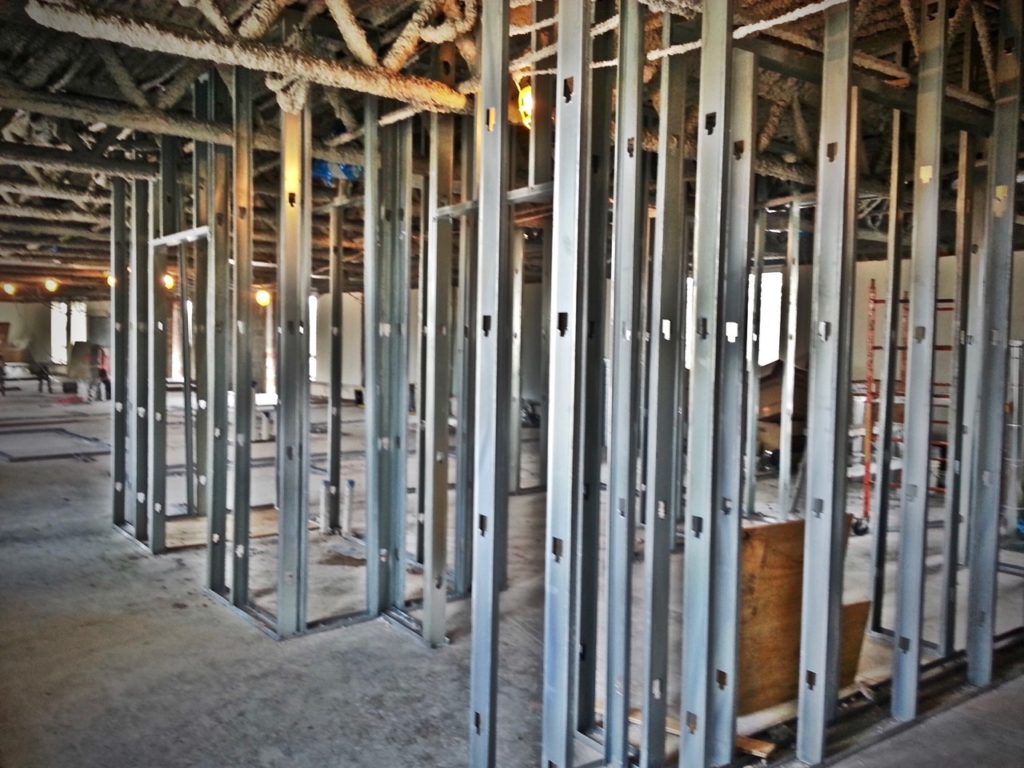