Fr. Vien Nguyen, SCJ, and members of the Provincial Council are in Chamberlain, SD, Tuesday and Wednesday for a planning retreat. “[We will try] to discern where the Spirit is calling and leading us,” wrote Fr. Vien in his March 30 letter to SCJs. “One of the pillars the council will reflect on and discuss is community life.”

“Community life” is the focus of this year’s provincial visitation. “As we all know, community life brings the best and, at times, the not-so-best out of us,” continued Fr. Vien. “Mindful of God’s unconditional love for us, our Cst. 66 asks us to accept one another with charity and respect. However, it also reminds us of the prospect of being challenged by our brothers. The dynamic of each community evolves according to its members and requires each person’s ongoing conversion of heart with guidance by the Spirit. We are called to continually be open to both challenging and receiving challenges from our brothers, mindful that ‘challenge’ in our life as Dehonians is a two-way street, but a path that must always be based in love.”

Due to some technical issues with the “provsup” email address for the provincial superior’s office, Fr. Vien Nguyen now has a new office address: provsup.nguyen@usprovince.org

Our apologies to Fr. Stephen Huffstetter, SCJ, for listing his birthday in the Fridge Notes last week as April 29. That is the date of his anniversary of ordination. Fr. Steve’s birthday is on May 31.

“Martha and Mary had hoped that Jesus would restore Lazarus’ health,” wrote Fr. Jack Kurps, SCJ, in yesterday’s Dehonian Associates’ reflection for Lent. “Little did they realize that their prayer, their faith in Jesus, would be answered in ways far beyond their imagination. In raising Lazarus from the dead, Jesus fulfilled the prophesy of Ezekiel. ‘You shall know that I am Lord when I open your graves and have you rise from them.’

“So too, God sometimes answers our prayers in ways that are far beyond our imagination. While we pray for the end of the horrors of war, or of humanity’s inhumanity, or of a pandemic that has killed over a million here [more than six million worldwide]; while we pray for an end to hunger, of poverty or of climate change; or while we pray for more personal needs – our cousin who is ill, our sister in a difficult marriage, or a co-worker who has lost a child – God desires to do so much more.

“God desires, Ezekiel tells us, to put his Spirit within us that we might live. Like Jesus raised Lazarus from his tomb and gave him new life, God wants to raise us from our sinfulness to new life. “Untie him and let him go free.”

Click here to add a subscriber to the Lent / Easter e-blast. The Sunday morning reflections sent by email will continue through the end of the Easter season. Many thanks to the SCJs and co-workers who assisted with the project!

The Séminaire du Sacré-Cœur in Quebec is in the midst of raising funds to renovate ten rooms to host Ukrainian refugees. Click here to see a video with Christian Lavergne, school principal, who briefly speaks about the project (in French). The video is part of a fundraising effort for the project. 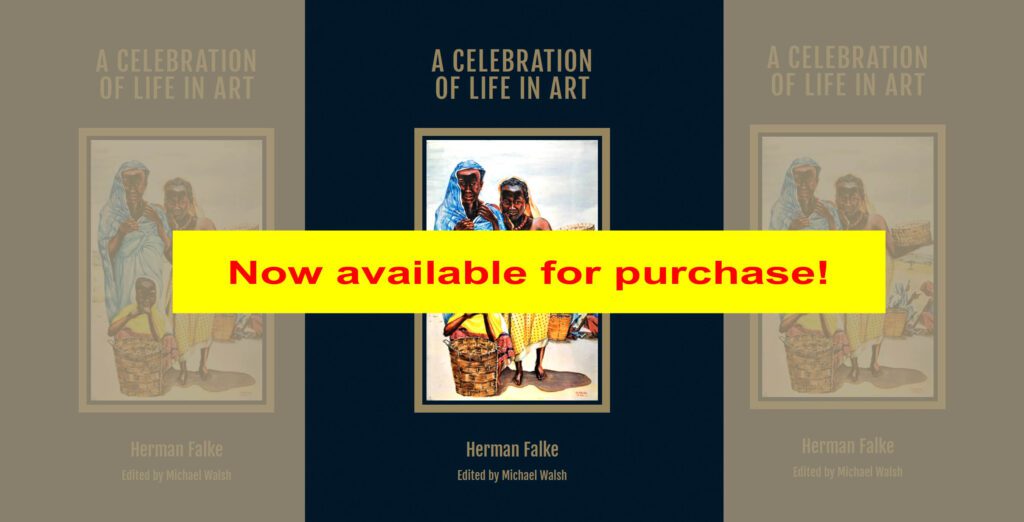 .A Celebration of Life in Art now officially available

Fr. Herman Falke’s latest book, A Celebration of Life in Art, is now available for purchase (until recently, only advanced copies had been available). It is published by Mosaic Press.

Click here for more information, or to purchase a copy.

The book is a 150-page, fully illustrated autobiography of Fr. Herman Falke, SCJ. A member of the Dehonian community in Ottawa, Canada, Fr. Herman is originally from the Netherlands, but has been a part of the Canadian Region since 1950, where he completed his studies and was ordained in 1954. From 1966-1974 he was a missionary in Uganda. He said that it was a time that transformed him as an artist. “African life is so much at the surface and so open.” said Fr. Herman.

+ Fr. Joseph Cempron Butilig, SCJ, a member of the Philippine Region, died on April 1 of cancer. He was born in 1979, professed in 2007 and ordained in 2013. He had been regional secretary, archivist and treasurer, as well as director of the Kasanag Daughters Foundation. The foundation, established in 1999, provides shelter and rehabilitation opportunities for victims of sexual violence.

“The following was posted on the general website by SCJs in Ukraine. Reporting from Irpin on March 29 they wrote: “The 33rd day of resistance of the Ukrainian people is coming to an end. The situation on the fronts has practically stabilized. It seems that Russian soldiers really don’t have the resources to resume crucial offensive operations. To the joy of the residents of Ukraine, Irpen – the gates of Kiev – is free again. The people have hope.

“Many talked about the possibility of returning home, because the city, which was on the way to Kyiv, is free again. But the military is warning. They say the war isn’t over yet. In the city it is still dangerous to return. People pray for peace. What we invite you: Pray for Ukraine!”

Click here for further updates and images from Dehonians in Ukraine and Poland. 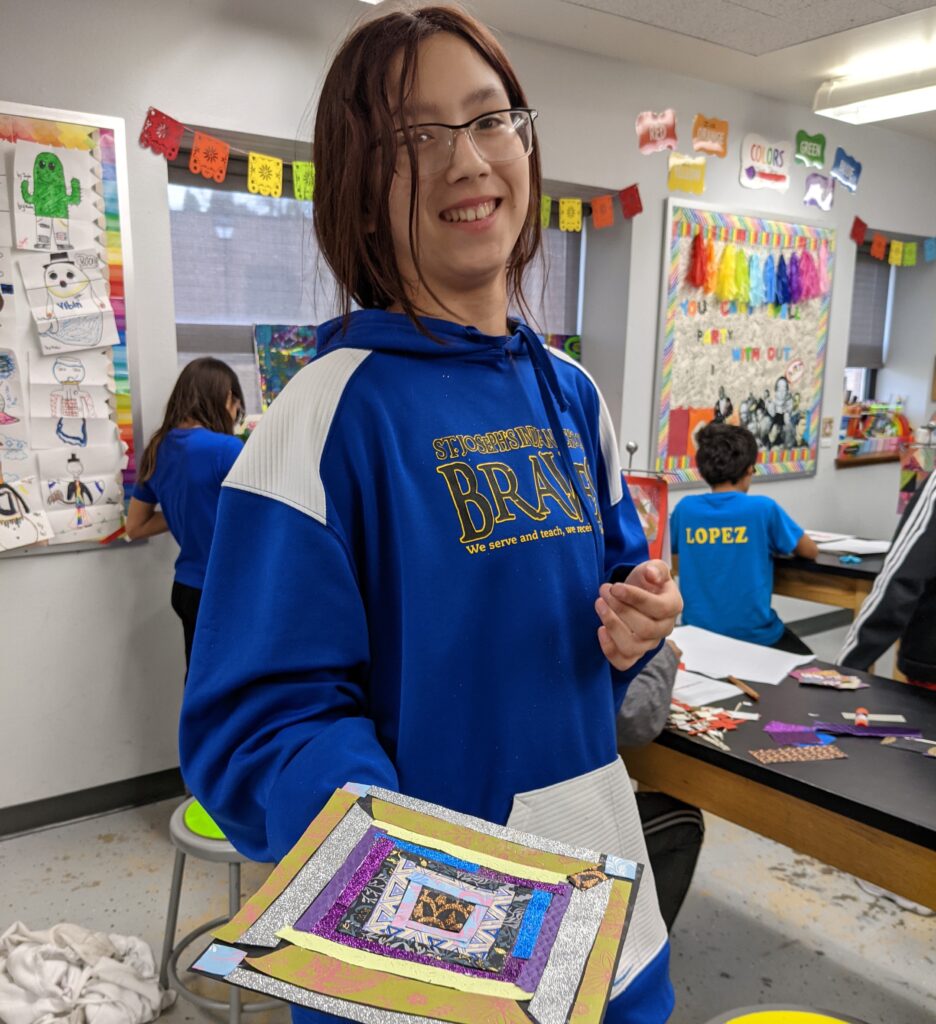 Many of the students at St. Joseph’s Indian School have watched as an auntie or uŋčí (grandmother) pieced together a Lakota star quilt, a central tradition to the culture. They are one of the most valued gifts to the Lakota people, often made for giveaways, memorials, graduations, ceremonies and weddings.

On March 20, the Barn Quilt Project: South Dakota Strong offered fourth-grade students another window into the cross-cultural tradition of quilt-making, which in South Dakota represents home, family, comfort, history – and in this case – healing from the pandemic.

Ari Albright, project lead and Arts in Health instructor at the University of South Dakota, reached out to St. Joseph’s to involve its students in the event. “This is an opportunity to put our creativity and training to good use for public health messaging,” said Albright. Participants in the Barn Quilt Project create a quilt design from decorative art materials and write about their pandemic experiences.

Each of the fourth-graders pieced together their quilt design. In addition, they made kits for younger classmates to assemble later.

“I chose the God’s Eye design, the hardest design, to try something new. Not many others wanted to do the hardest one. I also didn’t want my project to be done in just a couple of minutes like an easy one would have,” said Dallas Hanson (the St. Joe’s student is pictured above). “My favorite part is it looks like an illusion,” she added.