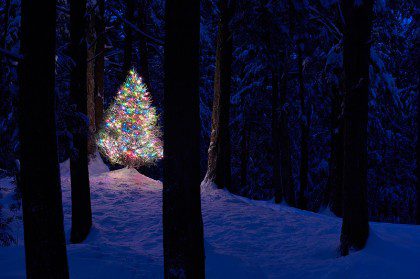 This is the last issue of the Fridge Notes for 2011; the weekly newsletter will be on hiatus next week and return to its regular Monday schedule on January 9. As always, if you have news to share contact Mary Gorski at the Provincialate Offices.

Victor Presto, the father of Br. Frank Presto, died early this morning, December 27. Mr. Presto had been hospitalized in mid-December with fluid in and around his lungs.

Fr. Rein van Leeuwen of the Canadian Region was to have a pacemaker implanted just before Christmas. Unfortunately, his condition was too agitated to allow for the procedure. He remains under heavy medication in the intensive care unit of Fleury Hospital in Montréal. It is hoped that the pacemaker procedure can be done this week.

Update from the Philippines

“The typhoon Washi (Sendong) that passed through the island of Mindanao on December 16 – 17, claimed so many victims, particularly in Cagayan de Oro City.  The listed number of dead and missing has reached nearly 700 persons. Many people lost their homes and everything they owned.

“Thanks to God our SCJ compound was not affected by the storm, meanwhile the Kasanag Daughters Foundation was once again severely damaged by the waters of Iponan River. As we already stated, all the girls were rescued and brought to our formation house. As of now, with the help of some of our students and workers, we are trying to clean the house and make it ready for the return of the girls. Unfortunately, most of the furnishings and appliances are no longer usable and need to be replaced. The houses need to be repaired and repainted.

“The situation in the city is being controlled by government and non-government organizations. The 14 evacuation centers have been providing shelter and basic needs to more than 7,000 families and 43,000 individuals. Thanks to many people of good will, many donations are coming in and nobody at the moment is hungry. The challenge for the near future is to relocate the people to safer places and help them to start anew. There are several organizations that are working on it.

“Our benefactors and friends are concerned with the situation here and are sending their donations through us. Our target is to help the people outside of evacuation centers with coordination of the Social Action Ministry of the Archdiocese and other religious organizations.

“We were informed by the general treasurer, Fr. Aquilino Mielgo, about the donation of the U.S. Province of $20,000 for flood victims. Thank you so much for your ‘heart open in solidarity’ to the needs of others. Thank you in the name of the SCJ District, Kasanag Daughters Foundation, and all the victims. May God reward you generosity. Please be assured of our prayers in your intention.”

Editor’s note: Kasanag Daughters Foundation is a shelter for abused women and girls that is operated by the Priests of the Sacred Heart. It was the hardest hit of the SCJs’ locations.

Fr. Jim Brackin has been appointed to the board of directors of the Congregational Home in Brookfield, Wis. His three-year term begins in January.

Fr. Jim is one of the few people from outside of the Congregational Church who has been asked to serve on the board. Fr. Jim is coordinator/superior of the Sacred Heart Retirement Community at SHML.

Note that one of the first birthdays of the year is that of Fr. Leonard Tadyszak, who turns 90 on January 5. He is the eldest SCJ in the United States, and the second oldest member of the U.S. Province. Fr. Don Barnd is just a few days behind, turning 90 on January 19. Bishop Evert Baaij in South Africa is a year older than both. The eldest SCJ in North America is Fr. Joseph Coppens of the Canadian Region.  He turns 92 on August 29.

The 2012 Days of Celebration and Commemoration (formerly the “Birthday Calendar”) is now available as a PDF (it was emailed to SCJs in the U.S. and Canada last week). Click here to download it.

The printed version will be mailed to SCJs in North America next week.

The December Cor Unum was emailed to SCJs in North America last week. It is also available for download from the Members’ section of the Province website. A reminder: the Cor Unum is now an electronic publication. Only those who have requested printed copies will have them mailed to them. The printed copies will go in the mail this week.

The De La Salle Christian Brothers provincials of the United States-Toronto Region announced that following the 100th session of the Sangre de Cristo Center for Spiritual Renewal the center will close in August, 2012.  Located in the Sangre de Cristo Mountains just north of Santa Fe, New Mexico, the center has been a place of renewal, refoundation and rediscovery for religious and priests.  Members of the Priests of the Sacred Heart have taken part in its programs.

“It is unfortunate and sad to close any ministry, especially one like Sangre that has been an unambiguous success,” write the De La Salle Christian Brothers.  “But we are consoled by the fact that the contribution of those who have ministered at Sangre through the years will live on in the lives and ministries of those touched by the program.  The De La Salle Christian Brothers continue to provide transformative formation programs to meet new needs, particularly among their lay colleagues in the 100 educational ministries in the United States and Toronto.”

Please keep in mind that the Provincial Offices will be closed December 30 and January 2 for New Year’s.

Fr. Tom Cassidy will take part in the wake and funeral for Fr. Jerry Clifford today and tomorrow and remain in the Milwaukee area until after New Year’s. January 4 he heads to St. Louis and soon after goes to Pinellas Park, Fl., for a visitation. He will be back in Milwaukee the week of January 16.

A note for local coordinators/superiors

Local coordinators/superiors should note that their next gathering with provincial administration will take place March 5-6. It is expected that the meeting will take up most of each day. Fr. Bill Pitcavage is organizing the gathering and will share more information about it in the weeks ahead. The meeting will once again be held at the Provincial Conference Center in Hales Corners.

« Previous: Celebrating the Spirit of Christmas Next: Homily for Fr. Jerry Clifford, SCJ »