Br. Mike Fette has been appointed as a council alternate for the Memphis Area Ryan White Planning Council.  Being an alternate is the first step to becoming a full member of the Council, the task of which is to determine priorities for the distribution of federal funds to people and organizations that assist those living with HIV/AIDS.

Before becoming a full member of the Planning Council, Br. Mike will participate in a number of training sessions.  With his appointment, Br. Mike will serve on the Evaluation and Assessment Committee.  It is a good match for Br. Mike, who has ministered with Sacred Heart Southern Missions’ HIV/AIDS Outreach Program for several years.

“Having a representative from Southern Missions on the Planning Council is important,” said Br. Mike.  “So often the needs of the people in the four Mississippi counties [Desoto, Marshall, Tate and Tunica] served by the council are not well understood.  The people we serve live in rural areas and have difficulty with transportation into Memphis for their health care. Our people live in poverty and therefore have poor nutrition.  Proper nutrition is so important when a person is living with HIV/AIDS.”

Fr. Francesco Donadoni, an Italian member of the Mozambique Province, who died February 8.  He was born in 1920, professed in 1938 and ordained in 1946.

﻿﻿﻿﻿﻿﻿﻿﻿“Sometimes our desire for justice becomes so strong, we pursue it as if we were God,” writes Br. Duane Lemke in his most recent post on My Dehonian Playlist.

“My post this week is tied to a film I’m behind the curve in discovering:  True Grit,” he continued.  “God’s Gonna Cut You Down and Leaning On The Everlasting Arms are the songs whose lyrics frame this film, the former through the film’s website, the latter as the credits roll.

“The wicked flee when none pursueth… So begins the film with a half quote of Proverbs 28:1.  So begins the story of Mattie Ross and her pursuit of justice for her innocently slain father.  Mattie Ross stands for all those who seek justice and right relationship, indeed:  for all of us.”

Click here to read the full post, as well as previous reflections on contemporary music from a Dehonian perspective.

On February 11, World Day of the Sick, Vatican Radio aired an interview with Fr. Rinaldo Paganelli and Dr. Enza Annunziata, an oncologist who worked with Fr. Rinaldo during his cancer therapy.  The interview touches on the need for a pastoral response in health care, and the transformative changes that can come about when a patient faces a serious illness.  The interview also addresses the need to examine health care practices that may at times put profit before the needs of the patient.

Click here to listen to the radio excerpt (in Italian)

Fr. Rinaldo is a member of the curia support staff.

“Our celebration of Catholic Schools Week ended with the students taking part in a spelling bee.  This year’s class winners have the chance now to take part in the national spelling bee and will move on to the regional ‘bee’ in Mitchell, S.D., at the world-famous Corn Palace…

“We have been dealing with lots of snow here in Chamberlain as we have had six straight weekends of snow.  The ground crews have done a great job keeping the campus open. The local school system lost two days of classes due to the weather, but we were able to hold normal class schedule…

“This past Thursday was the feast of St. Blasé when the blessing of throats usually takes place.  We offered the blessing for all those students and staff who wished to participate at our Sunday liturgy in Our Lady of the Sioux chapel.

“Dn. Bud Jetty, a Native American who helps at St. James Parish in Chamberlain, was able to be present to help with the blessing.  After the liturgy, we were talking and thought it appropriate that we blessed the throats when we did as they were probably going to be a bit strained as the students and staff took sides in rooting for their favorites in the Super Bowl…

“We also had a bit of good news as it was announced that two of our upcoming high school graduates received word that they had been accepted by their first choice of college!  One will be attending University of Creighton in Omaha, Nebraska, and the other will enroll at the University of Sioux Falls in Sioux Falls, South Dakota.”

Poorest county in the United States

“In the barren grasslands of Ziebach County, there’s almost nothing harder to find in winter than a job. This is America’s poorest county, where more than 60 percent of people live at or below the poverty line.”

The quote is from an article found in this week’s Huffington Post.  The SCJs ministered for many years in Ziebach; the province continues to maintain the Sacred Heart Center in Eagle Butte, S.D.

“At a time when the weak economy is squeezing communities across the nation, recently released census figures show that nowhere are the numbers as bad as here – a county with 2,500 residents, most of them Cheyenne River Sioux Indians living on a reservation,” continues the article.

Fr. Tom Cassidy has council meetings this week, February 17-18.  February 20-24 he will be at CMSM board meetings.

And of course, happy Valentine’s Day! 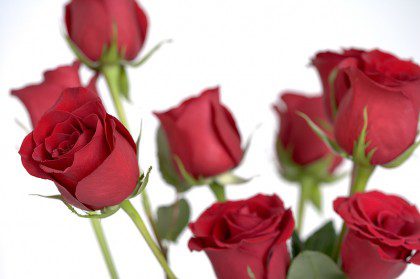