Way of the Cross

During the Fridays of Lent, the community at Sacred Heart Seminary and School of Theology will pray the Vía Crucis/Way of the Cross in both Spanish and English beginning at 6:15 pm in the Sacred Heart Chapel.  Anyone is welcome to take part.

Also, the most recent Dehonian Spirituality update focused on Fr. Leo John Dehon’s regular practice of meditating on the Way of the Cross.

“I always love voyages and I make a beautiful one every day, in the best of company,” wrote the founder in his Daily Notes. “I make the Way of the Cross with Jesus, Mary, and John. Oh, what a beautiful voyage! What a beautiful pilgrimage full of emotion, grace, and tears!”

Click here to view the most recent Dehonian Spirituality mailing where you can read more from the founder on the Cross, as well reflect on the “Scriptural Way of the Cross,” which Pope Benedict XVI approved for public use in 2007. Questions for further reflection follow.

Fr. Tom Cassidy took part in the diaconate ordination of four SCJs in India on Saturday. He wrote about it yesterday on the province blog:

“Saturday was a day of celebration, even though we are at the start of Lent. The reason for our joy was the ordination of four SCJs who, having completed their year of regency, and making their final (perpetual) profession of vows in December, were ordained by Bishop Gali Bali of the diocese of Guntur. This is at least the third or fourth time I’ve met the bishop. My first encounter with him was in 2011 for presbyterial ordinations at his cathedral and that, by the way, was the year of my introduction to India.

“The ordination ceremony was slated to begin at 5:30 pm at our Gorantla minor seminary. It’s about a 20 to 30 minute drive from our novitiate house in Nambur. The ordinations were held there since all four deacons are from the state of Andhra Pradesh. That made it easy for family and friends to attend, as I believe all four are from around the Guntur area.

“I know each of the deacons but not to the same degree. I am most familiar with Dn. Ravi Kumar Dasari who did his regency at our minor seminary in Kumbalanghi. Ravi was very helpful to me during each of my stays in his community. He was the essence of SCJ hospitality in making me feel at home and a part of his community.

“Three of the deacons will soon get pastoral assignments in the diocese of Guntur. We currently have very few SCJ parishes and with Guntur being close to both Nambur and Gorantla (as well as only about an hour-and-a-half to two hours from Eluru) using local Guntur parishes makes sense. All four deacons will be assigned as deacons through Holy Week of 2016, after which their priestly ordination will take place.”

Click here to read the rest of this and other blog posts.

Pray for peace in the Holy Land

“For several years, our Church has worked tirelessly to halt Israel’s confiscation of land to build a proposed security wall in the Cremisan Valley located near Bethlehem in the Holy Land… Now, our Church is taking another step in protecting our brothers and sisters living in the Cremisan Valley. Just last week, Bishop Oscar Cantú of Las Cruces, New Mexico, chairman of the Committee on International Justice and Peace of the U.S. Conference of Catholic Bishops, sent a letter to the chairmen and ranking members of the Senate Committee on Foreign Relations and the House Committee on Foreign Affairs, urging them to intervene with the Israeli government regarding a plan to reroute the separation barrier through the Cremisan Valley in the West Bank. The plan, he said, ignores the rights and needs of the local community and would have ‘devastating consequences.’”

Check the province JPR website for updates on this situation.

Click here for a prayer for peace in the Holy Land 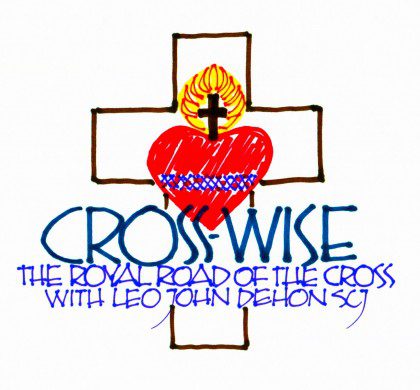 During Lent the Province Dehonian Associates Office is offering one-minute meditations on the significance of the Cross. Sent by email, the reflections come from the writings of Fr. Leo John Dehon. There will be 14 total, sent each Wednesday and Sunday, with a final meditation on Easter. The mailings began on Ash Wednesday.

Everyone who is on the subscription list for Dehonian Spirituality will also receive these email meditations, “The Royal Road of the Cross with Leo John Dehon, SCJ.”

How were the motivations of 1st century Jewish movements rooted in their responses to Greek and Roman authorities, and how did this shape the reaction of the Judeans to the ministry of Jesus?

Creighton University’s Dr. Nicolae Roddy will explore these questions, how they relate to the works and words of Jesus, and the important ways this context influences the Christian and Jewish faiths today, in the Lux Center’s March 10 lecture at SHSST.

The lecture is open to the public free of charge, but advance registration is required. Register here.

“Jesus’ life and the Jewish response to his ministry are easily misunderstood if not seen in the context of the religious structures and political situation of the time,” Roddy notes. “Our work aims to shed new light on context of the day.”

Fr. Fernando Rodríguez Garrapucho is the final member of the SCJs’ European Theological Commission to share a reflection on the General Chapter motto: “Merciful, in Community, with the Poor.”

“When we as Dehonians reflected on the motto of our General Chapter ‘Merciful, in community, with the poor’ in these past days, I reflected on ‘God as Love’, ‘God as Mercy’, that is, the Trinitarian foundation of mercy,” says Fr. Fernando. “The first thing I discovered was that the theological manuals often forget to speak about the concept of mercy as the principal attribute of God.”

Fr. Stephen Huffstetter starts the week with the Dehon Formation Community in Chicago; Feb. 28 – March 7 he will have a visitation in Texas.