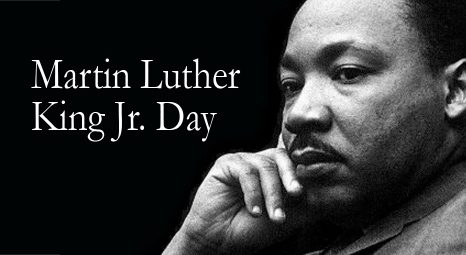 MARTIN LUTHER KING, JR: “Christianity affirms that at the heart of reality is a Heart, a loving Father who works through history for the salvation of His children. Man cannot save himself, for man is not the measure of all things and humanity is not God. Bound by the chains of his own sin and finiteness, man needs a Savior.”

News of the week…

Cleaning up after the storms

Sacred Heart Southern Missions recently posted a follow-up to news of the devastating storms that hit Holly Springs, MS, just before Christmas. One of the stories is about Mrs. Rayford, a teacher at SHSM’s Holy Family School.

Mrs. Rayford said she had gone to a luncheon in Collierville the afternoon of the tornado. Her daughter Stacey was at work. Her daughter-in-law, visiting from out of town, was babysitting Stacey’s two boys. Mr. Rayford stepped out for a burger, knowing the ladies were out having fun. Late that afternoon, Mrs. Rayford and her daughter-in-law were making their way home in their respective cars and were just north of the first Holly Springs exit when the tornado warning was issued. Speaking to each other by cell phone, the two ladies pondered what to do. It was apparent that they could not outrun the storm, nor could they make it back home. They decided to seek shelter with the first people they could find.

Mrs. Rayford called Mrs. Daugherty, another HFS teacher. “Are you there,” she asked in a panic. “Yes, I am,” said Ms. Daugherty.

“Well come open your door!” Rayford said, and ran into Shirley’s home, where they both took cover. Her daughter-inlaw also took shelter in a friend’s home not far away. After the tornado hit, they could not return home. Trees and power lines were down everywhere. It would be Christmas Eve before they could make it back. The Rayford’s newly renovated home looked as though someone had taken a can opener and peeled back the roof. All of the family living space was exposed — kitchen, living room, den, as well as the bedroom where her granddaughter stayed.”

While he was in Houston earlier this month Fr. Ed Kilianski made a vocation video with the help of Br. Andy Gancarczyk. In it he talks about the Priests of the Sacred Heart and his own vocation to the community and the priesthood.

The video is featured on the vocation webpage and on the home page of the US Province website.

Click here or on the image above to view it. Do you know of someone who would like to learn more about religious life? Contact the vocation office at 800-609-5559 or email: vocation central@wi.twcbc.com.

After a week in the Philippines, where he will return in a few months to assist with the ESL program, Fr. Tom Cassidy is back in his second home of India. For the past two years he has done extended stays in the country assisting the SCJ district with administration and formation.

“This is the first train trip in India that I’ve taken by myself,” writes Fr. Tom after taking the train from Chennai to Vijayawada Junction. “I was on an AC six-tier bunk car sharing it with two men and a family of three. These sleeper cars are not all that comfortable for daylight travel but everyone makes the best of it.

“Fr. Vimala Thiyagarajan Soosainathan, SCJ, superior and formator of our Dehon Jyothi community, was there to greet me, along with a young potential candidate from Sri Lanka. The three SCJs who live at the district house were all gone so the task of collecting me fell to Fr. Vimal. The two of them stayed overnight at the district house and brought me to the train, well actually put me on the train, earlier this morning. I’ll see Fr. Vimal next week when the district council meets with Fr. General and Fr. Stephen Huffstetter, SCJ, the general councilor chosen to be responsible for India…

“As many of know, Chennai was hit by terrible flooding last December; the water is long gone but the scars for many people are still there. I was reading in the paper this morning on how hard hit day workers were due to lost wages along with little or no assistance coming from the government. Thanks to a generous donation from our general administration and a number of provinces, including the US, the district will be helping people near our two communities in repairing their homes.”

Click here to go to the US Province blog.

FR. PJ McGUIRE – Fr. PJ is in the Intensive Care Unit at Wheaton Franciscan Hospital in Franklin, WI. He suffered a heart attack and has a serious infection. Fr. PJ received a temporary pacemaker to regulate his heart rhythm; doctors hope to place a permanent pacemaker when the infection is better controlled (he is receiving significant antibiotic treatment).

FR. TOM LIND – Fr. Tom called the Provincialate on Friday to report that “I’m home!” After seven weeks of hospital and then rehab care Fr. Tom returned home to the SCJ community in Nesbit, MS, Thursday night. He thanks SCJs for prayers, phone calls and cards. “These expressions of support really helped me during those weeks; I am so grateful,” he said.

RICHARD BOSSIE – Fr. Bob Bossie writes:” Thanks to your prayers, my brother Richard’s prognosis is more hopeful, and he may be able to go home by the end of the month. His journey has been a long and arduous one (seven months), as it has been for his wife, Claudia, and me. His need for open heart surgery remains but not with the same urgency or risk as before. Rich and our whole family extend heartfelt thanks for all your prayers. Please keep them coming for the road ahead.”

What do you think?

Members of the North American Committee on Immigration share an article from America magazine titled “Who is responsible for people forced into flight?”

“Migration has been occurring throughout human history, since early humans left eastern Africa for Arabia and the rest of the world about 60,000 years ago,” writes David Hollenbach for America. “People have always been seeking to improve their lives or to escape war, oppression, famine and other threats to their well-being by moving. In recent decades, however, migration has been dramatically increasing. In 2013, the number of international migrants worldwide reached 232 million, up from 154 million in 1990 and from 76 million in 1960.”

Click here to read the rest of the article.

What do you think? Members of the Immigration Committee ask for feedback on the article.

The committee meets at the Provincial Offices Wednesday and Thursday (Jan. 20-21) this week.

The final SCJ News of 2015, with a wrap-up of the events of the year, is in the mail to subscribers. Click here to download a PDF of the issue.