It may be summer, but there is still a lot going on at St. Joseph’s Indian School in Chamberlain, SD. On May 31, the St. Joseph’s Bookmobile began making its rounds across South Dakota. The last stop will be in Rapid City on July 7.

A bicycle repair clinic will be available at bookmobile stops from June 21-30. The bookmobile is also an opportunity for the school to reconnect with St. Joe’s alumni around the state.

And while the bookmobile tours the state, St. Joseph’s campus is hosting its Rising Eagle Day Camp after a two-year hiatus (the camp was suspended due to the pandemic). Children from local reservation communities have been busy playing games outside, swimming, enjoying Native American Studies, arts and crafts and more. Camp is free for every child who wants to attend – meals included!

Another event that had been closed to the public for the past two years is back on the calendar: the 46th Annual Powwow. The powwow, held September 15-17, is open to the public. Click here for more information, a schedule of events, and a link to registration.

Finally, congratulations to St. Joseph’s for winning the Communicator Award “Award of Excellence” in the category “Integrated Campaign Winner – Campaign-Non-Profit” for its Public Service Announcement (PSA) “More Than a School.” Click on the link above or the image below to view the one-minute video.

The weak and the strong

Fr. Vien continues: “Are the rival groups due to ethnic, religious, or sociological distinctions, as widely accepted? The rhetorical studies of Paul’s exhortation point the reader to new meanings regarding the ‘weak’ and the ‘strong’ in the Roman community. In his investigation of the function of Paul’s apostrophizing in Rom 14:4, 10, Granados Rojas argues that Paul’s exhortation does not deal with identity markers. Rather, Paul deliberately defuses the labels ‘weak’ and ‘strong.’ The way of proceeding enables Paul to dissuade his audience from despising or passing judgment on others and, rather, to persuade them to embrace the notion of ‘brother’ as a new pathway to ‘welcome, mutuality, and unanimity.’” 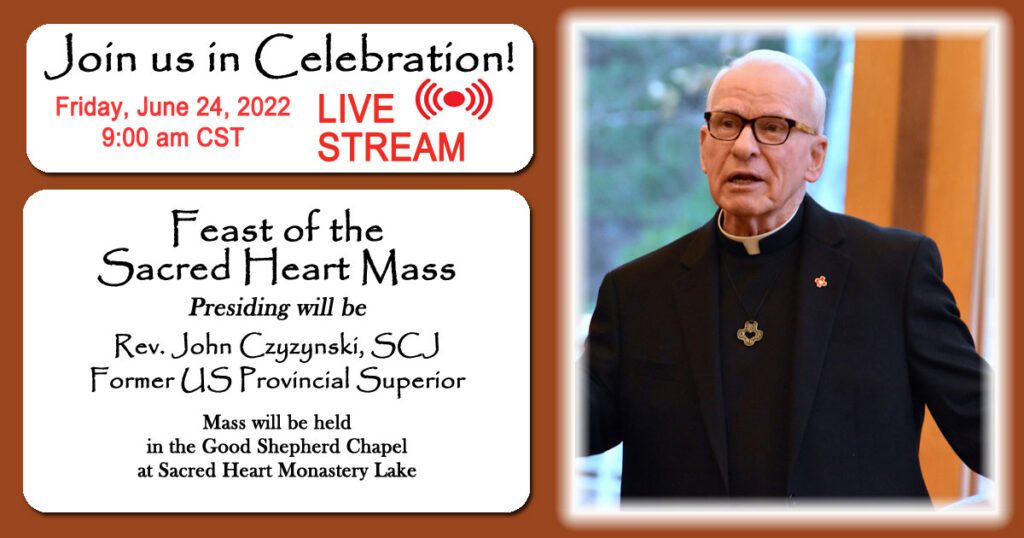 Fr. John Czyzynski, SCJ, will be the main celebrant of the Mass for Feast of the Sacred Heart at Good Shepherd Chapel at Sacred Heart at Monastery Lake on June 24 at 9:00 a.m. (central). The Mass will be livestreamed. Click here to access the link.

A reminder to SCJs that the Province Assembly will take place August 16-18 in Hales Corners / Franklin, WI. First Professions are planned for Monday, August 15. SCJs are asked to make their own travel and lodging arrangements, and to do so soon. The planning committee will soon be sending more information, including an RSVP request for the assembly.

“Held in an environment of prayer, the assembly will offer a variety of activities to help members learn and talk about justice, peace and reconciliation based on the premise that much is being done in the province regarding JPR,” note the minutes of the last Provincial Council meeting. “Panel discussions will be used to hear and learn from various groups such as elders, students and younger SCJs, SCJs in a variety of ministries, and collaborators in ministry.”

Participants should plan to be present for the three full days of the assembly. There will be several optional social events planned. 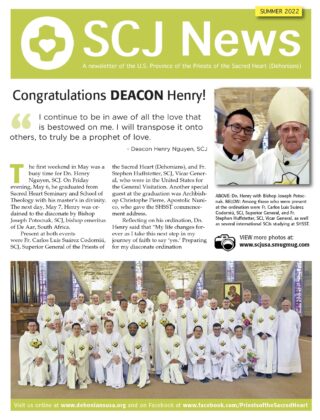 The latest issue of the SCJ News is now available. Click here to access a PDF; hard copies are going in the mail this week. Among the features in the summer issue: the diaconate ordination of Dn. Henry Nguyen, SCJ, the Apostolic Nuncio’s commencement address at Sacred Heart Seminary and School of Theology, a remembrance of Fr. Johnny Klingler, SCJ, the historical presentation by Fr. John Czyzynski, SCJ, about the property on which Sacred Heart at Monastery Lake now sits, and the General Visitation.

The following photo is from our novice master, Fr. Byron Haaland, SCJ. He writes that on the way back to Wisconsin after a week of touring SCJ ministries in Mississippi the novices received an invitation to tour a spaceship in an Illinois field. Hmmmmm… 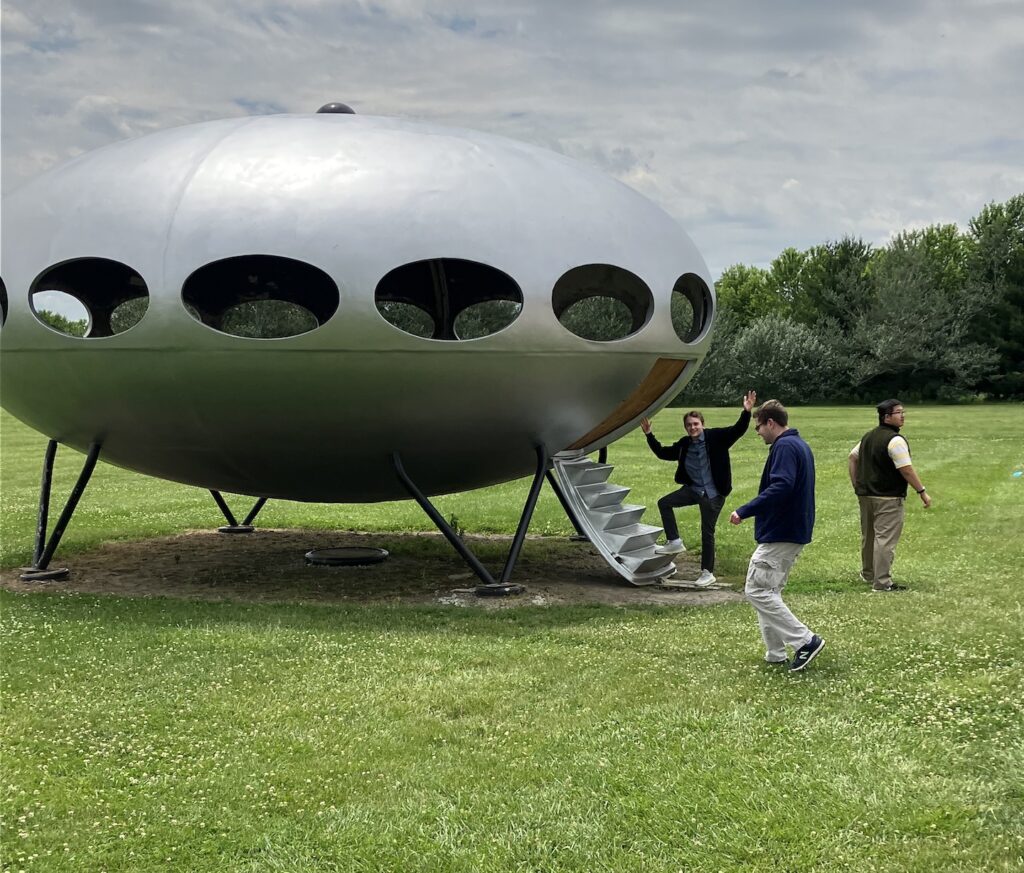