Representatives from the SCJ Schools in Collaboration project gathered at St. Joseph’s Indian School in Chamberlain, SD, June 11-12. Participants affirmed their commitment to work jointly with students to establish bonds of community and strengthen the spiritual base of Dehonian education.

Representatives from St. Joseph’s sister school in Germany, Gymnasium Leonium, joined the group via Skype. The opening prayer service included a choir from Germany and prayer in both English and German. Presentations on social justice by Mark Peters, director of Justice, Peace and Reconciliation for the US Province, and on Fr. Leo John Dehon as an educator by David Schimmel, US Province director of Dehonian Associates, gave base to the group’s discussions.

Fr. Stephen Huffstetter has a new email address to go along with his new job: stephen.huffstetter@dehon.it

Fr. Bob Naglich: Fr. Bob has been hospitalized (Froedtert in Wauwatosa, WI) to deal with issues related to fluid retention.

Fr. Tom Burns: Fr. Tom will have surgery on July 1 to treat cancer found on his lung.

Fr. Ralph Intranuovo: Fr. Ralph will have a second cornea transplant on July 7

Fr. Ed Kilianski : Fr. Ed is doing well following hospitalization for an infection; he continues his recovery at home.

Tiny Bon de Jong: Fr. Jan de Jong’s sister, Tiny, is doing much better after a severe heart attack in early June. “She will be discharged from ICU soon and will begin her rehabilitation, which will be a long process. She eats well and loves the strawberries from her garden. I want to thank people for their prayers and support. The doctor called her recovery a small miracle.”

So far this summer St. Joseph’s Indian School’s Bookmobile has given away more than 6,000 new and used books to children living on South Dakota’s Indian Reservations. The bookmobile program has been in operation for over 30 years bringing books to children who are miles away from a library.

The bookmobile stops in church or school parking lots, parks or lunch programs. This summer, the bookmobile visited 32 communities and shared books with hundreds of children. At sites where summer school was in session, teachers were able to choose up to 10 books per classroom.

Many have heard the sad news of the death of James Horner, the well-known film composer who died in a plane crash last week. In 1996 Mr. Horner composed the score for the “Spitfire Grill,” a movie developed by the Sacred Heart League (now Sacred Heart Southern Missions). Winner of the “Audience Award” at the Sundance Film Festival, it was sold to Castle Rock Entertainment. Proceeds from the film went toward the construction of Sacred Heart School in Southaven, Miss. Click here or on the link below to hear the film score.

Work continues to be done at the entrance and drive of Sacred Heart Seminary and School of Theology. The work involves new landscaping to allow for more parking closer to the chapel. Visitors to SHSST should continue to use the door near the library (close to the shrine). 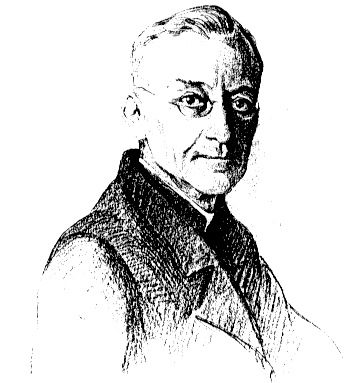 Starting the next 137 years…

Yesterday, June 28, was the 137th anniversary of the founding of the Priests of the Sacred Heart. It was on that date that Fr. Leo John Dehon professed his first vows of poverty, chastity and obedience.

In the most recent “Dehonian Spirituality,” David Schimmel, director of Dehonian Associates, shared the following prayer. It was written by Fr. Dehon and concludes the 40th Meditation in his book, The Retreat with the Sacred Heart:

Lord,
May your kingdom come!
May your Divine Heart reign among us!
I passionately desire this
and I want to work for this.
And first of all, I want to give you my heart!
Come, live and reign in me.
Give me your spirit,
make me know your will,
direct and govern my entire life.
Also, make me an ardent and zealous apostle
of the reign of your Divine Heart in society.
Amen!