Adding Fr. Dehon to the curriculum

Each year 8th graders at St. Martin of Tours School in Franklin, WI, are asked to write at an essay demonstrating how they have internalized the knowledge gained while attending St. Martin’s and the spiritual values of the Priests of the Sacred Heart who staff the parish.

During the graduation ceremony a “Dehon Award” is given to one of the students based on his/her the essay.

To help the students make the connection between book knowledge and the practice of spirituality, the school offers a six-week study unit on the life and spirituality of Fr. Leo John Dehon. This year both 7th and 8th graders are taking part.

Dawn Wantoch, who teaches the study unit, adapts materials that are geared towards adults. Last spring, however, she welcomed the idea of a curriculum written specifically for her class. David Schimmel, province director of Dehonian Associates, is in the process of putting this together. Dawn invited David to speak with her class to introduce them to Fr. Dehon, talk about why the founder is significant to St. Martin of Tours School, and to share with them how the founder has influenced his own life.

“As the director of St. John’s Institute, a high school that Fr. Dehon started with his own resources, the founder took great delight in conferring awards at graduation,” said David. “No doubt, he will be proud of the essay winner, who will be granted an award named in his honor.” The winner will receive a personalized wooden plaque recognizing the accomplishment along with a $100 scholarship. Additionally, the winner’s name will be added to the Dehon Award plaque displayed in the hallway of St. Martin of Tours School.

Words to live by

Fr. Stephen Huffstetter joined staff at the Province Development Office March 12 to talk about Fr. Leo John Dehon. The informal presentation was in celebration of Founder’s Day on March 14, the 172nd anniversary of Fr. Dehon’s birth.

“I’m not going to give you a biography of Fr. Dehon,” said Fr. Steve. Instead, he shared a few sayings that were important to the founder, as well as quotes from him in which Fr. Steve finds inspiration.

“Get out of the sacristy and go to the people,” is one of Fr. Steve’s favorite quotes. “Church and faith do not just happen on Sunday,” he said. “This is what Fr. Dehon emphasized. He wanted his priests to get out of the churches and be with people, to see their lives and understand their situations.”

It was during his years ministering in rural South Dakota that the quote hit home for Fr. Steve. “To get a sense of the life of the people whom we served we had to go to them, 40, 50 miles away from the church. It was a real ‘getting out’ of the sacristy.”

Sharing your story of immigration

A day at the novitiate

Fr. Tom Cassidy continues to write from India, where he is assisting until May. One of his recent blog posts is from the novitiate:

“The day starts early in the novitiate with rising at 5:00 am; that’s about a half hour earlier then Eluru. In part it’s the result of having a half hour meditation at 5:30 am before 6:00 am morning prayers followed by Mass at 6:30 am. At the moment I’m the only priest in the house as the novice master, house treasurer and the two priests assigned to our nearby Sacred Heart parish are all on this week’s retreat. Since that’s the case, our morning Mass crowd more than doubled from the norm. One of the priests from the house staff usually says Mass at a nearby convent so this week while the retreat is going on the sisters’ community walks over here to our chapel for Mass.

“The convent is a house for aspiring sisters, their equivalent of our postulancy program. I must say their habit added a lot of color to our prayer gathering. The Asha Deepam Sisters (Aloysius Gonzaga Sisters) dress in a habit typical of an Indian woman. I’ve noticed a number of Indian woman’s communities have adopted this style of dress and it may be they are communities founded here in India though I’m sure that’s not true for all groups.

“Speaking of religious, the other day I was reading an article that pointed out that India is fast becoming the religious capital of the world. I’m not sure just how many men and women religious there are in India in addition to the diocesan clergy. I do know the Indian Jesuit community has now passed the US as the largest single national group within the Jesuit community.”

Click here to read the rest of this and other posts on the province blog.

Missionary back for a home visit

Fr. Christianus Hendrik has been with the US Province for so long, serving on the Lower Brule Pastoral Team for many years, as well as the Provincial Council, it’s easy to forget that he is a “missionary.” However, both he and Fr. Vincent Suparman are from the Indonesian Province. It is with their help, and the missionary commitment of Indoneisan SCJs, that the US Province is able to continue pastoral ministry in its birthplace.

Last week Fr. Hendrik returned to Indonesia for a home visit; he’ll be back in the United States on June 12. During his time home Fr. Hendrik will celebrate his 25th anniversary of vows with his classmates, and visit with the various formation houses to reconnect and talk about his ministry in the United States. Of course, he’ll also spend time with his family.

Fr. Hendirk plans to keep in touch with the US Province with a few blog posts and photos while he is gone.

+Hubertus H. Santoso, the cousin of Fr. Vincent Suparman, died on March 10. He was 78 and lived in West Java, Indonesia. 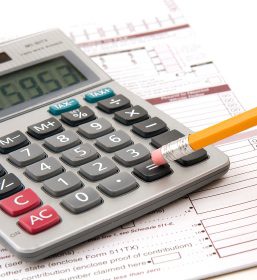 The deadline to submit FY16 budgets to the Provincial Treasurer’s office is less than two weeks away: March 27. Dn. David Nagel reminds SCJs and other budget preparers that with Holy Week and Easter soon after, there is not much time for members of the Province Finance Commission to examine the budgets prior to their meeting. Budgets need to be reviewed by the Provincial Council earlier than usual due to the timing of the General Chapter.

Fr. Stephen Huffstetter starts the week with the local superiors’ annual meeting in Hales Corners. Participants will begin with a meal and faith sharing this evening; tomorrow they will meet at the Provincial Offices.

The Provincial Council meets on Wednesday.

On the road in Anaheim

Fr. Quang Nguyen and Br. Long Nguyen spent the weekend at the Religious Education Conference in Anaheim, CA. Sponsored by the Los Angeles Office of Religious Education, it began in 1968 as an institute for religious education teachers. The RE Congress has grown to include people of all vocations and different faiths. Fr. Quang is pictured below at the SCJ vocation booth.