Immigration continues to be an issue of focus for North America

Twice a year the administrations of the US Province and Canadian Region meet to discuss common issues, seek ways of collaboration and update each other on their ministries and communities. This time it was the US Province’s turn to host; the spring meeting took place April 24 at the Provincialate Offices in Hales Corners, WI.

Their last meeting was in October at St. Thomas More Parish just east of Toronto. Then, as now, migration and immigration were topics of significant focus. Fr. Tony Russo updated the councils on the work of the North American Migration Committee. Recently established, the group is a continuation of an ad-hoc committee that developed following the 2013 North American Conference. Membership now includes Karen Mahoney, a parishioner at Resurrection of Our Lord in Ottawa. Karen was instrumental in helping the Dehonian community in Ottawa set up sponsorship for a Syrian refugee family last year. Also new to the committee is Fr. Louis-Marie Kayamba Butari, an SCJ immigrant from the Democratic Republic of Congo who is now administrator of a three-parish pastoral team in Montréal.

The North American administrations also discussed expanding efforts to share the Dehonian charism beyond the Priests of the Sacred Heart. In Mississippi a group concluded its first year utilizing the “Spiritual Path,” a ten-session formation process for people to learn about the Dehonian charism. It is a North American adaptation of a similar program developed at the general level of the congregation.

Fr. Jack Kurps, who led the initial Mississippi group, noted that four of the ten participants were not Catholic.

“But this just highlighted the many commonalities that we have in our faiths,” he said. “Theologically we may have differences but when it comes to the level of human experience we are all so similar. We had wonderful discussions about the Eucharist, about Mary and about baptism. It was very worthwhile.”

The administrations will next meet October 16-17 in Montréal.

Br. Norbert Nuyttens, also a member of the Dutch – Flemish Confederation, died on April 24. He was born in 1940 and professed in 1960.

On April 19, Bishop Vilsom Basso, a former SCJ missionary in the Philippines and an alumnus of Sacred Heart Seminary and School of Theology’s ESL program, was named bishop of Imperatriz in northern Brazil. The diocese has a population of 518,000; approximately 80% are Catholic.

Born in Tuparendi, in south Brazil; Bishop Vilsom grew up with the SCJs; they ministered at his home parish. When he was just 10 years old he said that he already felt a call to the community. “Two SCJ priests came to my school to do a vocation campaign. Immediately I said, ‘Here I am Lord!.’ My family gave me their full support, so literally, here I am!”

Bishop Vilsom professed his first vows in 1979 and was ordained in 1985. HIs first assignment was in Maranhão. Bordering the Amazon in northwest Brazil, it is one of the country’s poorest states. Little did he know that years later he would return to the area as a bishop.

He served in parish and youth ministry in Brazil until 2006, when he entered the ESL program. In 2007 he went to the Philippines; one of his first assignments was on the volatile island of Mindano, the same area in which Fr. Giuseppe Pierantoni was kidnapped in 2001. In 2007, Bishop Vilsom was the subject of kidnapping rumors himself, forcing him to leave his mission and seek refuge at the novitiate. Writing to friends and family back home in Brazil, he said that it although it was a very challenging time for him, “it was also a special time to grow, to mature in my faith and confidence in our mission. Ecce Venio! I am always at peace when I pray that ‘Thy will be done.’”

He served in formation until 2010 when he was named bishop of Caxias do Maranhão (Brazil). He is currently president of the Episcopal Commission for Youth Pastoral Ministry of the National Conference of Bishops of Brazil.

SHSST alumnus in the news

Another priest in the news with SHSST connections is Msgr. John McSweeney. The Sacred Heart graduate is currently pastor of the largest parish in the United States: St. Matthew Catholic Church in Charlotte, N.C. The parish was recently featured in an article in America Magazine. Click here to read it.

World Day of Prayer for Vocations 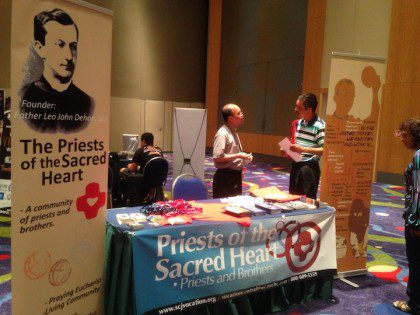 Next Sunday, May 6, is World Day of Prayer for Vocations. On its website, the National Religious Vocations Conference states that “The purpose of the World Day of Prayer for Vocations is to publicly celebrate vocations to ordained ministry and religious life in all its forms. Many parishes and religious institutes commemorate this day with prayer for vocations and vocation promotion events. Considering that 73% of women and men professing final vows participated in one or more parish activities and 88% served in one or more parish ministries before entering religious life, our presence and participation in activities that mark this special day is essential. Consider asking parishes for opportunities to speak, pray, provide bulletin inserts, prayer cards, and conversation before and after Masses, in religious education programs, RCIA and confirmation formation classes on this day.”

In particular, SCJs are encouraged to take a moment this weekend during parish liturgies to share a bit about their own vocation and the Priests of the Sacred Heart. Know of a young man who might like to learn more about the community? Click here to contact Fr. Quang Nguyen, vocation director.

Click here for more resources to commemorate World Day of Prayer for Vocations.

There will be a Vocation Mass at Sacred Heart Monastery at 11:00 a.m., on Sunday, May 7. If you can attend, please contact Pam Milczarski of the Province Development Office at 414-427-4230 or email her at PMilczarski@poshusa.org.

Today Fr. Ed Kilianski returns from Mississippi where he took part in SHSM board meetings. He will be at SHSST graduation exercises on May 5 and then head to South Dakota for a visitation through the week of May 12. May 18-22 he will be in Houston to for the eighth grade graduation at Our Lady of Guadalupe and to help with weekend ministry.

Fr. Duy Nguyen, pastor of Our Lady of Guadalupe, Houston, hams it up for the camera at Saturday’s “Party on the Plaza” fundraiser for the OLG parish school. Olé! 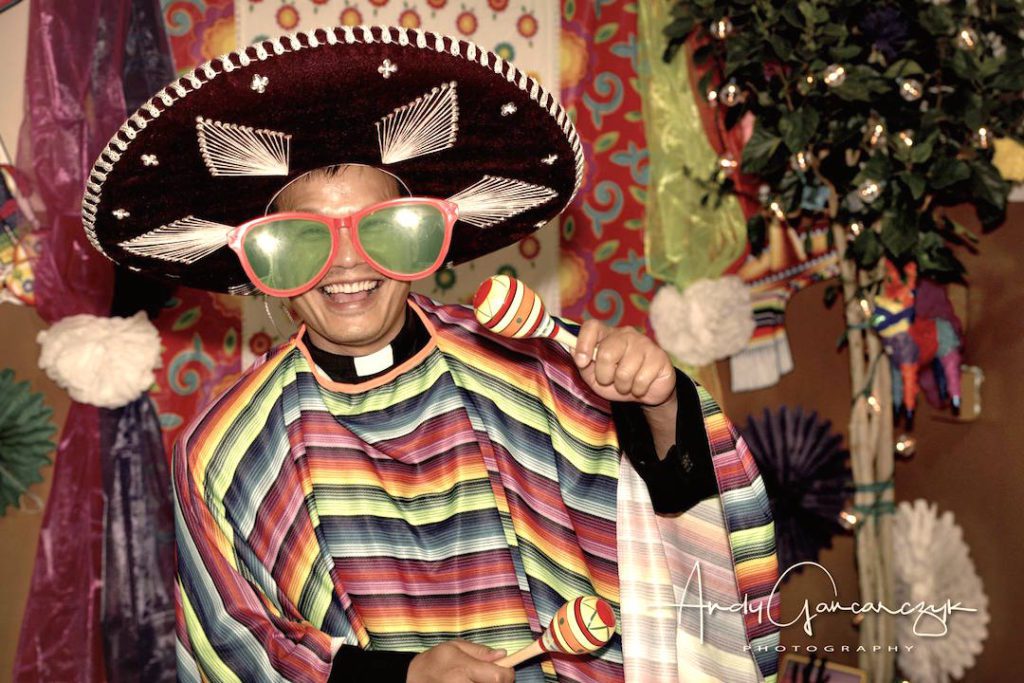