Now it is official

Although he has been doing the job for several weeks, it’s now official: Fr. Duy Nguyen has been named by Daniel Cardinal DiNardo as administrator of Our Lady of Guadalupe, Houston. Fr. Ed Kilianski, pastor of OLG until his election as provincial superior, presented him to the cardinal early this fall. The assignment is effective immediately.

Fr. Duy, 37, was professed in 2006 and ordained in 2010. His first assignment was in parish ministry at Sacred Heart Southern Missions in Mississippi. Originally from Chicago, Fr. Duy says that he learned about the Priests of the Sacred Heart “by accident” when he wandered into the SCJ vocation booth at World Youth Day in Toronto.

“At the time, a vowed life living in community didn’t even register in my thoughts,” said Fr. Duy when he was preparing for perpetual profession. “I knew what priests and sisters did, but I never dreamt of becoming a priest. I didn’t know what a brother was and had no conception of the life of a religious. I imagined and pursued a customary life, the kind where one acquires a stable position with a good paycheck while living in a cushy home. Little did I know that I would join the Priests of the Sacred Heart in their mission as prophets of love and servants of reconciliation.”

Before entering candidacy, Fr. Duy studied at the University of Illinois in Champaign.  He later transferred to the University of Chicago and earned a bachelor’s degree in Information Systems and Decision Sciences.

A member of the Provincial Council, Fr. Duy was also a delegate to the 2015 General Chapter.

Phong Hoang, 24, was accepted during the recent Admissions Weekend as a candidate with the Priests of the Sacred Heart. He graduates from the University of Houston in December and will join the Dehon Formation Community in January.

+Eugene Yost, the youngest brother of Fr. Charles Yost, died November 11. He recently had heart surgery and suffered from other health concerns. Mr. Yost was a teacher in the Pittsburgh Public School System, retiring after 37 years. Click here to view his obituary.

+ Alcide Dufour, the husband of Canadian honorary SCJ Denise Dufour, died November 16. He was 78. Ms. Dufour had been secretary of the mission office in Montréal for many years. 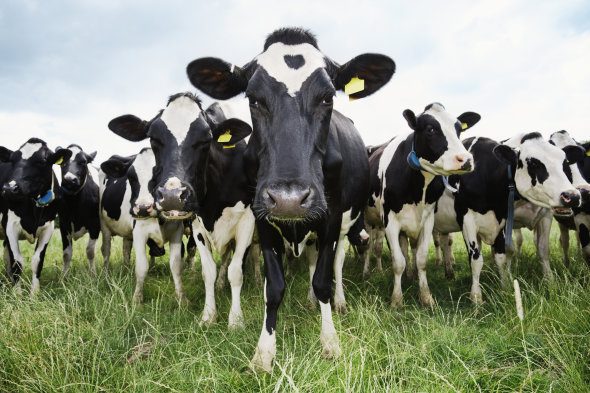 A funny thing happened on the way to church…

During last week’s council meeting Fr. Christianus Hendrik updated councilors on ministry in rural South Dakota. He was happy to report that Fr. Joe Dean is starting to return to activities following surgery in October, and he briefly talked about various projects in the parishes.

And then there were the cows. Lots of cows. “I was on my way to celebrate Mass in Fort Thompson and I was STUCK!” said Fr. Hendrik. “Stuck in cows; surrounded by cows.” Just as Fr. Hendrik was driving across the Big Bend Dam a herd of cows began its journey to the other side. And evidently, the cows weren’t in much of a hurry. “There wasn’t much I could do,” added Fr. Hendrik, “I turned off the car and waited as the cows slowly made their way around me.”

The Mass was just a little late. “An udderly good story,” said one of the councilors, laughing.

One of our SCJ veterans, Fr. Mark Mastin, took part in last week’s Veterans Day Commemoration Ceremony in Chicago. He writes that “I am grateful for having participated in it. I was glad to meet so many veterans such as Illinois Congresswomen Tammy Duckworth (former Army Blackhawk pilot who lost part of her legs to an RPG), Air Force Col. Robert Buckley, a World War II v”et and CPT William Albrecht, Vietnam U.S. Army Green Beret Special Forces (Ret).

“Mr. Albrecht gave the keynote speech, which was tearfully moving. He was the recipient of three Silver Stars, three Purple Hearts and five Bronze Stars. To top that off, he served six U.S. presidents as a special agent of the U.S. Secret Service; a very humble man. I met another veteran, Jose Santiago, who is now the Fire Commissioner for the Chicago Fire Department. These are just a few of the exceptional men and women who are dedicated to helping our veterans.”

Click here to view an article on the Chicago Tribune website about the commemoration. Fr. Mark is in the feature photo that opens the story.

The October-November SCJ News includes a feature on those in formation, coverage of Bishop José Ornelas Carvalho’s installation as bishop of Setúbal, a remembrance of Fr. Don Barnd and excerpts from Fr. John Czyzynski’s Dehon Lecture on the priesthood, as well as other news items.

Congratulations to Fr. Michael Udoekpo for publication of his review of Divination, Politics, and Ancient Near Eastern Empires (Ancient Near East Monographs 7; Atlanta: Society of Biblical Literature, 2014) in the recent issue of Catholic Biblical Quarterly. Fr. Michael is an assistant professor of scripture at SHSST.

Fr. Ed Kilianski has a visitation with the St. Joseph’s Community (fourth floor of SHML) through Wednesday. November 21 he will take part in the diaconate ordinations at Sacred Heart Seminary and School of Theology, and during Thanksgiving week Fr. Ed will have some vacation time with family in Buffalo. He will be there November 24-29.

The photo below is of the initial framework of the new SCJ community house in Vempadu , India. The district reports that the first level is in place and soon work will begin on the second. Benefactors from the United States have helped to fund the project. 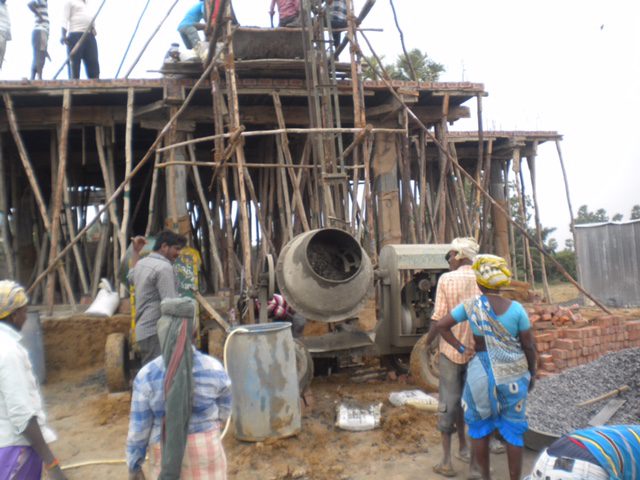