Seminarians team up with Toronto SCJs to lead youth retreat

On Saturday, November 28, the SCJ community in Toronto sponsored its first inter-parish Advent Youth Retreat at St. Thomas More Church. The parish is staffed by SCJs. Helping to facilitate it were Fraters Joseph Vu and James Nguyen. Thirty-five youth from St. Thomas More, as well as from UKI (the Indonesian Catholic community of Toronto) and Becoming Neighbours (a migrant outreach program), took part.

The theme of the retreat was “Prepare” from Isaiah 40:3.

“Joseph and I gave presentations on baptism and Eucharist,” said Fra. James. “We also talked about our personal vocations and what it means to be a Dehonian.

“I spoke about how baptism is our Christian vocation to follow the footsteps of Mary in saying ‘YES!’ to God (Yield yourself, Examine yourself, Surrender yourself).  What does it mean to live a God-bearing life?  I reminded them that for those who hunger and seek to see God enter this world again and again, changing one life, and then another and another, they are filled with the good things of God, and bearing God themselves!”

“How privileged we were to have James and Joseph with us!” said Fr. Peter.

During a recent meeting of Region V CMSM members with JPIC directors, the need for homily tips for Advent in regards to justice, peace and the integrity of creation was voiced. Mark Peters, JPIC director for the US Province, is coordinating the collection and distribution of the homily aids. He also prepared the homily reflection for December 6. Click here to read it.

Fr. Heiner Wilmer, superior general of the Priests of the Sacred Heart, was elected to the board of directors of the Union of Superiors General (USG) during its November 23-27 twice-yearly meeting in Rome.

“Embrace the Future with Hope, consecrated persons on a journey with the people of God” was the theme of the assembly.

+Fr. Wilhelmus Jozef Gerardus Herpers, a member of the Dutch-Flemish Confederation, died November 29. He was born in 1927, professed in 1950 and ordained in 1960.

Following “Black Friday,” “Small Business Saturday” and “Cyber Monday” is “Giving Tuesday,” a time to give a donation or another act of kindness to a favorite charity. Last year, $45.7 million was raised on Giving Tuesday (compared to $50.9 billion spent on Black Friday).

According to a report posted yesterday on the Divine Heart All Class All Faculty Reunion Facebook page, a fire destroyed all but a shell of the main building that once housed DHS in Donaldson, IN.

Fr. Mark Mastin joined the Mississippi community for its Thanksgiving celebration last week. While there, he snapped the above photo of “Chef Thi.” It must have been taken before the messy work of the meal had begun – that white chef’s shirt still looks pretty clean!

Fr. Ed Kilianski is in Buffalo with family until December 4. December 8-10 he is scheduled for a visitation with the Sacred Heart Monastery Community; December 14 he will be at the Dehon Formation Community for meetings, and December 15-16 he has council meetings. 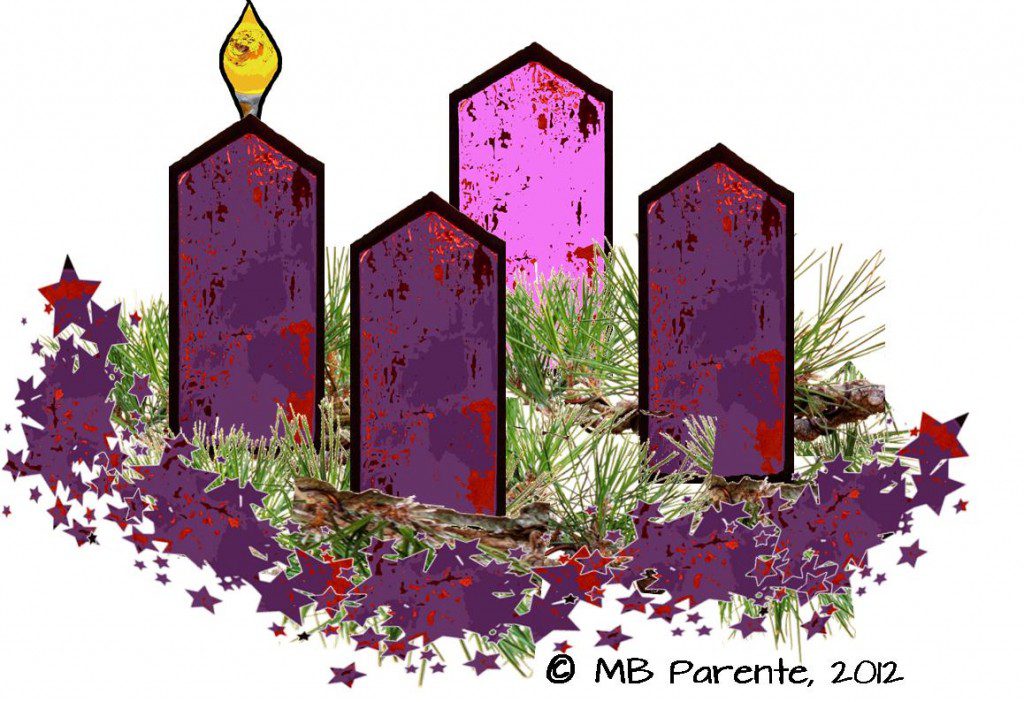