Last week the pastoral team that serves the Lower Brule and Crow Creek reservations in South Dakota celebrated Sr. Charles Palm’s 38 years of service to St. Joseph’s parish in Fort Thompson. “She is like the icon, the grandmother of the parish,” said Fr. Christianus Hendrik, SCJ. “She knows everyone here and everyone knows her. She is very well loved by the people.”

Sr. Charles is now retiring and will join her Benedictine community at Mother of God Monastery in Watertown, SD. Fr. Hendrik was the presider and homilist at her farewell Mass, but as is usual, Sr. Charles was the one who played the organ. She received several gifts from friends and parishioners, including a quilt signed by many who had been a part of her life in Fort Thompson.

Click here to view photos on the province Facebook page. She is pictured above receiving a portrait of the pastoral team from Fr. Hendrik.

In the previous post about Sr. Charles’ retirement, we noted that Fr. Hendrik was the main celebrant and homilist at her Farewell Mass. What we didn’t note is that often after celebrating liturgies in one of the rural South Dakota parishes Fr. Hendrik pulls out his guitar and sings a few country western gospel tunes for parishioners. Hear him in the YouTube short posted above, or click here.

When you say yes…

“When you say ‘yes’, so many amazing things can happen,” said Fr. Stephen Huffstetter, SCJ. “To be open to God makes all the difference.”

The comment came during a conversation Fr. Steve had with Fr. Vien Nguyen, SCJ, during Fr. Steve’s recent visit to North America. Originally from the US Province, Fr. Steve is the vicar general of the Priests of the Sacred Heart (Dehonians). During his conversation with Fr. Vien he spoke about what it is like to live and work in Rome and what perspectives he has gained on the congregation from his experience. His work has taken him from Finland to South Africa, to Asia and back to Europe (besides North America, of course!).

“There is a great diversity in the congregation, but in that diversity is also unity,” he said. As the Priests of the Sacred Heart grow in number in the Southern Hemisphere, one of the congregation’s biggest challenges is ensuring that the expanding Dehonian presence in Africa, Asia and South America not only has financial resources, but also a strong sense of the SCJ Constitutions, its spiritual history and the Dehonian charism.

Click here or on the image above to view the video interview.

A visit to Canada

As noted above, Fr. Stephen Huffstetter made a visit to North America this past summer. It was a visit delayed by over a year due to the pandemic. Besides spending time with family, and the SCJ communities of the US Province, Fr. Steve also did a quick visit of the Dehonian communities in Canada. He recently wrote about the experience on the General website.

“Two years after the Superior General’s planned Visitation of the Canadian region was canceled due to the Covid pandemic, Canada’s borders finally opened up to travelers in August and I was able to spend a week checking in with our Canadian SCJ confreres in early September,” wrote Fr. Steve. “Canada is one of the most multi-cultural countries in the world, and our members are reflective of that reality. The group of 24 is spread over three different local communities, and come from 7 different countries of origin. The region has set one of its priorities as working to build stronger ties among the members and promote healthy intercultural community living.” 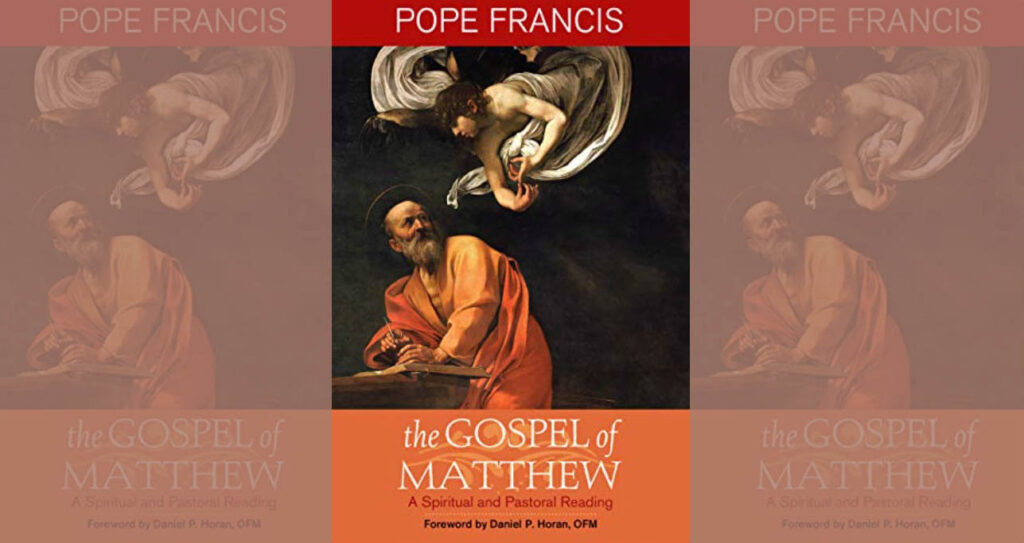 “The book is aimed at a broad audience, and readers will find the book accessible, relatable, and practical yet inspiring and encouraging,” wrote Fr. Vien.  “It gives readers insights into the mission and substance of Francis ‘s pontificate: his spirituality and pastoral sensibility, as well as his depiction of the main character, Jesus. From a spiritual perspective, the Pope is a man of the Gospel, as reflected in his words and actions. From a pastoral perspective, the book reflects the passion of a spiritual leader who walks his talk about love, mercy, and service. He cares about and reaches out to the unchurched and those marginalized by society and the church. The image of Jesus presented is one who champions the peripheries. References to mercy, whose aspects include compassion and care for those on the margins, are frequently cited. The purpose of the book is to help readers meditate on the word of God and to draw them ‘closer to Jesus and discover the hidden treasure in the words of the Gospel, words that can make the heart burn again today’” (pp. xi-xii).

So how did it feel to critique the words of the Pope?

“The question ‘Who am I to critique the Pope’s pastoral and spiritual reflection on the Gospel of Matthew’ did cross my mind,” said Fr. Vien. “But this initial concern gradually gave way to contentment. First, the Pope is not going to read my review of his book. Second, the book is not an academic monograph, not a commentary in the academic sense, but rather a spiritual and pastoral reading of the Gospel of Matthew. In my analysis, I paid more attention to how the words of the Pope speak to me and to encourage me to encounter Scripture, love Scripture, and live Scripture. Nonetheless, I still paid attention to the flow of the book and the ideas presented in it.

“Since the book is a compilation of homilies and speeches given by the Pope to different audiences and on different occasions, it lacks cohesion at times. Third, as I read and reread and reread the book, I saw more and more of the Pope’s deep spirituality and pastoral sensibility. The presentation of Jesus that emerged from the pages of the book is one of mercy, compassion, and solidarity, which are very prevalent in our SCJ spirituality and mission. I see that the Pope is embodying this, and he is inviting others to do the same. For me, I review this book by the Pope as I review other books: fair and objective.”

Last week the Major Superiors of the Dehonian entities of Europe met with the General Administration in Krakow (Poland). The roots of the congregation are found in Europe, yet SCJs are now challenged to adapt to a time much different than the one in which Fr. Dehon lived. In Europe, Dehonians find themselves proclaiming the Gospel in a context in which Christianity is becoming increasingly just one of many spheres of society.

The Major Superiors were invited to reread the letter that Pope Francis wrote on the occasion of the celebration of the 50th anniversary of the Holy See’s presence as Permanent Observer at the Council of Europe: “The Pope,” writes Fr. José Agostinho, SCJ, coordinator of the event, “challenges Europe not to stop in a contemplation of the past, seen as an album of memories, but to project itself towards the future.”

Click here to read daily reports and view photos from the gathering.

Caravan of Mothers of Disappeared Migrants

Members of the North American Migration Committee share information about “the Caravan of Mothers of Disappeared Migrants.” The caravan began on October in southern Texas and continues through October 24. On October 18, the caravan will be in Washington, DC, to share their stories with policy-makers and advocate for changes in U.S. foreign policy which contribute to the root causes of forced migration.

During the last 16 years, hundreds of mothers and other family members have traveled through Mexico in order to search, denounce, and make visible cases of forced disappearances. To date, more than 350 migrants have been located and, for the most part, reunited with their families; this number includes migrant women, victims of trafficking. For the first time, representatives of this movement will be arriving in the United States to continue their efforts.

Click here to learn more, including the calendar of tour stops, as well as the link to a virtual event on Wednesday, October 20.

A little bit of normal

After shutting its doors to visitors for much of the past year-and-a-half due to the pandemic, Fr. Greg Speck, SCJ, reports that the Sacred Heart Community in Pinellas Park, FL, is starting to feel a bit more “normal” again.

“Only within the last two weeks has Florida been able to reclaim her title as the Sunshine State,” wrote Fr. Greg. “Our grounds and property have sufficiently drained allowing for proper lawn care. Things are returning to normal. Vacationers are returning from around the country and the world. Family members, friends and SCJs have been visiting and vacationing with us. Bishop Joe Potocnak had his cousin and spouse visit a few weeks ago and then a nephew a week ago. Fr. Andrzej Sudol, SCJ, left yesterday afternoon, and Fr. John Czyzynski, SCJ, arrived last evening.”

In his own words

Last week we publicly welcomed the newest member of the US Province: Fr. Hendrik Ardianto, SCJ (Fr. Ardi). In a short write-up recently published on the province website, Fr. Ardi – originally from Indonesia – shares a bit about himself and his roots with the community.

“I initially wanted to join the Priests of the Sacred Heart because of their generosity and compassion for the poor, especially in South Sumatra. Also, I was attracted to the unique cross of the Dehonians. I loved to wear that cross even before I was an SCJ.

“I entered the minor seminary in 2004, and was ordained as a priest in February, 2018,” he wrote. “I knew the Priests of the Sacred Heart well because the priests at my home parish were SCJs.”

Were there any surprises in his new assignment in northern Mississippi?

“The accent!” he said. “The southern dialect and rhythm of speaking in Mississippi surprised me at first, especially when I meet parishioners, or just go to the market. But now I am getting used to it.”