Instruments of Hope and Healing

In 2002, the United States Conference of Catholic Bishops adopted the “Charter for the Protection of Children and Young People.”  It is often referred to as the “Dallas Charter.”  It is a comprehensive set of procedures established by the bishops to address allegations of sexual abuse of minors by Catholic clergy.

In response to that, the U.S. Province of the Priests of the Sacred Heart is accredited by Praesidium, an abuse risk management organization.  Praesidium has rigorous standards that the province is required to follow to maintain its accreditation.  Most religious orders in the United States seek to be accredited by Praesidium.  It is considered the “gold standard” in risk management and utilized by many organizations outside of the Catholic Church as well.

A part of that accreditation process requires all members of the community who are in public ministry to take part in a documented continuing education program in regards to the protection of minors and vulnerable adults.

The Provincial Council has chosen a program developed by the Jesuits to fulfill this continuing education requirement.  During this next several months all members of the U.S. Province who perform public ministry (including retired priests who only occasionally celebrate Eucharist outside of a community house, as well as priests and brothers in administration or other internal ministries) will take part in the workshop.

On December 13, the Provincial Conference Center hosted one of the largest of these workshops, which included SCJs from several area communities.

“Dear Brothers and Friends of the Dehonian Family,” starts Fr. José Ornelas Carvalho, SCJ, superior general of the Priests of the Sacred Heart, in his 2010 Christmas message. “In our letter sent on the Feast of the Sacred Heart we referred back to that most generous gift from Fr. Dehon: I leave you that most precious of gifts, the Heart of Jesus (Cf. Spiritual Testament). 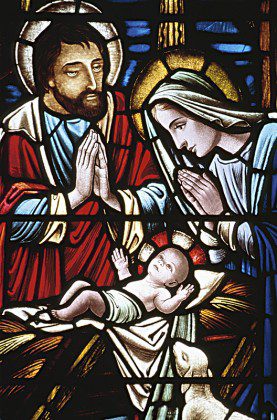 “This reference was more than simple pious attention-getting; it was a golden nugget from his personal experience that led him to found the Congregation. To speak of the heart does not mean an aspect or part of the person but its entirety, its essential totality, its very inner self as opposed to that which appears on the outside, the superficial. Someone’s heart is his or her deepest secret which is known only to the degree that the person chooses to reveal by communicating with another.

“Fr. Dehon’s bequest was designed to share with us his experience of God’s love with Jesus as witness. Jesus himself is our gift…

“By speaking of the Sacred Heart, Fr. Dehon wished to invite us to focus our eyes on the humanity of Jesus as the Word made flesh who had come to dwell among us (John 1:14)…

“Now, again, we recall the God who became a baby and was born for us all. Come again, Christ Jesus! Come to those places where humanity has been silenced and become desolate, where the weakest are excluded and put to death, where social injustice is found on a grand scale. Come among us, into our communities, into the Dehonian family. Come to seek us out and console us; make level our roadway and fill it with hope. Enlighten our entities and those continental gatherings that will take place next year so that our responses be ever closer to what you will. In your dealings with us, allow us brothers and sisters to experience that You are God with us, the ‘Word made flesh.’”

To read the full letter, which reflects on the life of the congregation in the past year, click here.

Back in the States

After over 10 years as a missionary in India, Br. Lenny Zaworski has returned to the U.S. Province.  He will be a member of the Sacred Heart Monastery community until the new Sacred Heart at Monastery Lake is completed.

As we noted last month, Bishop Joe Potocnak is also back in the States after several months of doing help-out ministry in South Africa.  He is a member of the Sacred Heart Community in Pinellas Park, Fl.  About his recent months in South Africa, he wrote about what it was like to go back to some of the parishes he served before he was named bishop of De Aar:

“I had funerals for people I had known for years, and met with men who are now in their late 40s whom I knew when they were just boys who played on our basketball teams. [The teams were organized by the Catholic Church as a means to reach out to some of the poorest of South Africa’s youth.] They told me that they fondly remembered those days.  I hope they now also keep with them that Jesus is our personal savior and that there is a place for Him in their lives today.”

Fr. Tom Cassidy is in the office this week; council meetings are scheduled for December 14-15.