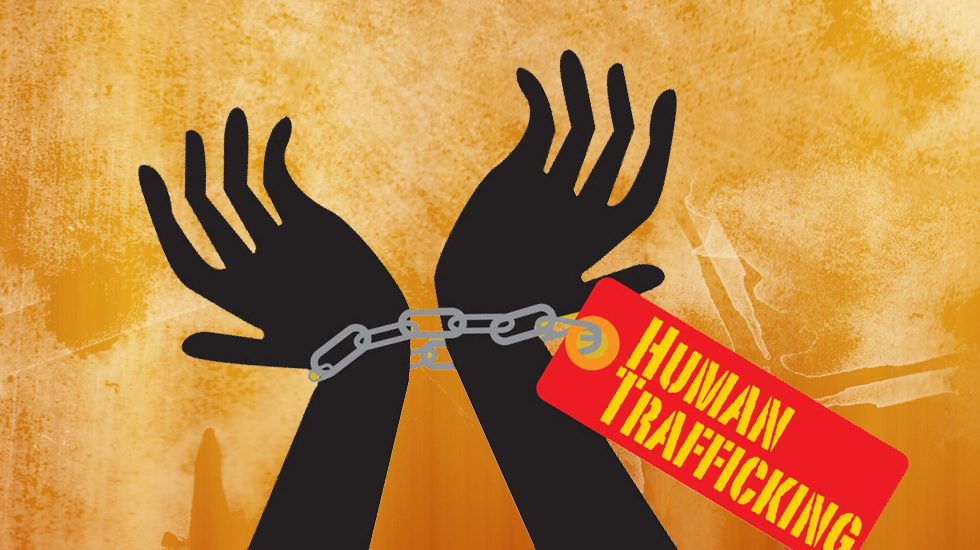 The Pontifical Council for Justice and Peace and the International Union of Superiors General designated February 8 as the first International Day of Prayer and Awareness against Human Trafficking. Fr. Peter McKenna of the Canadian Region, and Frater James Nguyen of the US Province, prepared the following information and resources about human trafficking and about the prayer day itself.

February 8 was chosen as the first International Day of Prayer and Awareness against Human Trafficking to coincide with the Feast Day of St. Josephine Bakhita, a Sudanese slave, freed, who became a Canossian nun, and was declared a Saint in 2000.

Pope Francis stated that “Human Trafficking is a crime against humanity.” “It’s a disgrace” that people are treated “as objects, deceived, raped, often sold many times for different purposes and, in the end, killed or, in any case, physically and mentally damaged, ending up thrown away and abandoned,” he said. (Catholic News Service, December 12, 2013)

To commemorate the day, the Vatican released a statement that underscores the day’s purpose, which is “to create greater awareness on this phenomenon and to reflect on the overall situation of violence and injustice that affects so many people who have no voice, do not count and are no one: they are simply slaves.”

Concrete actions are necessary to counter this modern form of slavery that is a concern for the whole world. Each year, roughly 2.5 million people fall victim to trafficking. They are often very poor and vulnerable that are exploited for sex, forced labor, illegal organ trade, forced marriage, illegal adoption and other forms of exploitation.

Following in the footsteps of Fr. Leo Dehon, we strive to imitate the Heart of Jesus by sharing in the sufferings of our brothers and sisters. As Fr. Dehon preached in his Lenten homily in 1885, “[Jesus] wept out of friendship at the death of Lazarus and the people cried out: See how he loved him!” Imagine how He would weep today seeing His beloved children being exploited and abused. Being one of the fastest growing criminal enterprises in the world, it is estimated that human trafficking is a $32 billion annual industry. Victims are exploited throughout the world, stripped of their dignity and subjected to horrors.

Fr. Dehon denounced such actions, “What is shameful is to use a person like a cheap instrument,” he wrote. May we be in solidarity with those who suffer and overwhelm their hearts with the overflowing tenderness and compassion of the Heart of Christ. Bringing awareness at the community level to this issue brings hope to the many victims that one day there will be an end to such evil.

Recognizing the signs of victims

Trafficking occurs in nearly every country, and its networks are vast and formidable to investigate. According to the United Nations, there are between 27 and 30 million modern-day slaves in the world. The U.S. State Department cites that 600,000 to 800,000 people are trafficked across borders every year. But these numbers are often under-reported and victims are usually hidden in the shadows, meaning that real, concrete statistics are often elusive.

What does a victim look like? Often they do not speak the language of the country in which they are held, or they simply do not speak on their own behalf. They are unaware of local surroundings, even though they have been in the area for an extended period. They may show signs of malnourishment, have bruises or show other signs of abuse. Their body language often gives a sense of fear and intimidation.

Click on any of the links below for more information:

Sisters of the Good Shepherd – US and Canada

US Catholic Conference of Bishops

Also, click here to read Frater James Nguyen’s personal account of volunteering last summer with One Body Village, an organization that focuses on rescuing children from sex trafficking, and educating and empowering communities to prevent such exploitation. 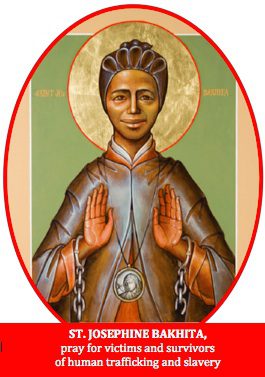 O God, you always hear the cry of your people
and have compassion for the oppressed and the enslaved.
May they experience the liberation of the cross
and the resurrection of Jesus.

We pray to you for those suffering
the torment of human trafficking.

Transform us by the power of your Spirit,
to be sensitive to the pain of these, our sisters and brothers.

Committed to overcoming this evil,
give us the courage to stand up and work for the rights
of our sisters and brothers
who live in slavery and exploitation.
We ask this with the intercession of St. Josephine
in Christ our Lord. AMEN!