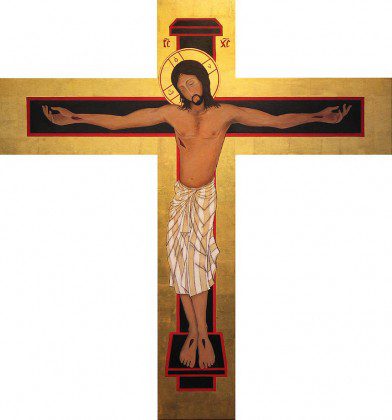 Fr. Leo John Dehon, founder of the Priests of the Sacred Heart, cherished his spiritual life, but not to the degree that it separated him from everyday life.  Indeed, his spiritual life motivated him to address the pressing needs of his day.

Writing in his diary in 1891, he admitted “some joy in fighting in order to make our Lord rule in souls; in taking up, directing, consoling, leading a campaign and pursuing a plan to establish the reign of love of the Sacred Heart.  What is needed is to give oneself, to fight, to go to the people, and act as if everything depended upon us.  Only then will God help us and act as only He knows how.”

Looking back 25 years later, Dehon filled in the details of “going to the people.”  (The text in brackets spells out Fr. Dehon’s shorthand descriptions.)

“In memory, I again go over my whole participation in the Christian social movement.  It was a vocation, a providential mission.  In 1872, I founded the Patronage [St. Joseph Youth Club].  To it, I added successively the Circle [Catholic Workers’ Circle], the Association of Christian Employers, and a meeting for social studies [Catholic Youth Circle].

“I promoted beautiful Congresses [sponsored by the diocesan Social Services Office]: in 1875 at Notre Dame de Liesses, in 1876 at St. Quentin, and in 1878 at Soisson.  I attended the Congresses of the Workers Movements.  For several years we had diocesan meetings for social studies at Soisson, at St. Quentin, and at Laon.  Out of them sprung the Christian Social Manual, which received great publicity and sold more than 10,000 copies.

“In 1893, diocesan meetings at Liesse!  For ten years, annual meetings [of seminarians] for study at Val-des-Bois [site of a textile factory, which Dehon proposed as a model for positive social initiatives], where I was often.  Throughout 1896, meetings at St. Quentin, a Workers Congress at Reims, a National Congress, and Ecclesiastical Meetings!  A Democratic Congress at Lyons.

“In 1897, 1898, and 1899, conferences at Rome, honored by the presence of several Cardinals and encouraged by Pope Leo XIII.  I published these conferences in several volumes: Social Catechism, Christian Restoration, and Pontifical Directions.  Several of these volumes have been translated into Italian, Arabic, Hungarian, and Portuguese.  They became classics in several seminaries of France and Italy.  Additionally in 1897, conferences at Mende, Allais, Nimes.  In 1900, a Congress at Cahors, a Franciscan Congress at Rome, and a Congress at Bourges.

“Practice worked hand in hand with theory.  The projects of St. Quentin continued.  They were reproduced in suburban parishes by priests whom I had trained.  At Val-de-Bois in particular, by my collaboration with Mr. Harmel [the factory owner] over a period of thirty years and in Brazil for twenty years with the Christian employers of Camaragibe.

“In this entire apostolate, I saw only an uplifting of the humble and the little ones according to the spirit of the Gospel.  The Catholic Social Movement and the reign of the Sacred Heart have been two great missions, which Providence assigned to me—a role which I filled very feebly.”

I first heard of Fr. Dehon almost 30 years ago, early in my career as a professional lay minister.  I’d been in seminary briefly and had a fire for social justice lit in me by great professors, a trip to Appalachia, and membership in Bread for the World, the venerable Christian anti-hunger lobby that was then brand new.  After discerning a lay vocation, I hoped to get into politics, but instead found myself hired by a social justice-minded priest named Fran Eschweiler to coordinate justice and charity ministries at a suburban Milwaukee parish.  I attended a talk on Fr. Dehon at Sacred Heart School of Theology, and I was impressed but honestly didn’t give him much more thought until I was hired as Director of Justice, Peace, and Reconciliation with the Priests of the Sacred Heart last year.  In between, my career had moved into adult education, parish consulting, and nonprofit management, but I never lost that passion for justice and saw this position as the chance to end my career doing what I love most.

In the last two months, I’ve been reading Fr. Dehon’s biography and some of his writings, and although I feel I’ve barely “dipped my toe” into the depths of his legacy, I’m already convinced that he should have been my patron saint all along.  Leo Dehon was born into a society still not healed from a civil war, in political turmoil, and in which the Church was now seen as irrelevant by many.  Sound familiar?  While our contemporary situation may not be quite as volatile as his (yet, at least), the parallels are certainly there.

To Church leaders of his day, he offered the advice: Go to the people!  He took his own advice, especially focusing on young adults and workers.  He listened to them, and after opening his eyes and (of course!) his heart to their struggles, he both spoke out on their behalf and encouraged them to speak and act for themselves.  Because of this, he was reviled by some and met strong resistance from those who preferred either the status quo or “the good old days” to a more just society.  Perhaps the strongest reaction came from his (and Pope Leo XIII’s) strong critiques of capitalism, not in its basic principles (which they saw as the best alternative to the threat of socialism), but in its excesses.

As the excesses of capitalism in our day exceed anything seen by Fr. Dehon, and churchgoing continues its long decline, Fr. Dehon offers us the same solution to both problems.  If we go to the people, hearts open with compassion, and join their struggles, they will come back to the Church, and the “reign of God in souls and society” will increase.

Mark Peters, Director of Justice, Peace, and Reconciliation for the U.S. Province of the Priests of the Sacred Heart.

Take a moment to gaze upon the image to the right.  Unique features include Jesus’ inclined head, his dark complexion, and the use of light to emphasize his serene face and large heart.  What do these features suggest to you?

A possible way of interpreting this image comes from a talk that Fr. Leo John Dehon presented at an Ecclesiastical Congress in 1895, reflecting on the Church, “as the common mother of the rich and poor.”  Although he was working with an image of St. Yves, his description mirrors this image of the Heart of Jesus.

“It is said that in a stained glass window in a church in Brittany, the good St. Yves is depicted standing larger than life, between a rich person and a poor person whom he has the mission of bringing together and reconciling; but his head is inclined and his expression directed visibly toward the poor person.  Is that not the Church’s role?  She loves all her children, but she has a preference for the small and the weak.  She is democratic.  In the sphere of social economy, let us be democrats like Pope Leo XIII, by protecting the interests of the weak and by re-establishing, particularly in their favor, the reign of justice and charity.”

As seen from the lens of Fr. Dehon’s social consciousness, what do you sense this image is saying to you?  In what way might this image awaken within you a new consciousness, expand your understanding, or deepen your faith?

In your kindness throughout the coming week, please remember in your prayer the members and work of the Justice, Peace, and Reconciliation Commission of the Priests of the Sacred Heart, and all who work for social justice.

Take a moment to consider a specific instance where you can offer healing to a broken situation.  Then use this prayer of reparation, adapted from the prayer book of the Priests of the Sacred Heart:

Loving Father,
you sent your Son among us
to make your love as visible to our eyes
as the faces of our own family.

Illumined by the Heart of Jesus,
Leo Dehon taught us to see
that the deepest cause
of injustice and cruelty in our world
is the rejection of your love.

Illumine our hearts, O God,
so that we might love as Jesus loves.
Help us identify with our brothers and sisters.
While valuing our differences,
may we collaborate in healing
the wounds that divide us.
In this way we hope to nurture your grace
throughout our human family.