Putting the final touches on summer

Frater Truc Tran, SCJ, a seminarian on summer ministry assignment in Lower Brule, SD, puts the final touches on a new sign for St. Mary’s Church in Lower Brule. St. Mary’s is one of the oldest ministries of the Priests of the Sacred Heart in the United States and will be the site of one of next year’s centennial celebrations.

After repainting the Chi Rho cross to the left (in the Native American colors of the Four Directions), on the suggestion of Fr. Jean Claude Mbassi, SCJ, Frater Truc created the new sign to as a reminder of the SCJs’ presence not only at the parish, but in the community.

Frater Truc is a member of the Vietnamese District doing his seminary studies at Sacred Heart Seminary and School of Theology. He will renew his vows, along with SCJ Fraters Thuan Nguyen and Paul Phong Hoang on August 12.

Fr. Anthony Kluckman – As many of you may have already learned, Fr. Anthony has been missing since early Thursday morning (August 21). The Franklin Police Department has been working with several other law enforcement agencies and search and rescue organizations to seek clues as to Fr. Anthony’s whereabouts. Unfortunately, no significant leads have surfaced. Fr. Anthony’s family and areas in which he has lived and ministered have been contacted; Br. Duane Lemke, SCJ, local superior, is in regular contact with the family.

If you have any information that you think may be relevant in the search for Fr. Anthony please contact the Franklin Police Department at: 414-425-2522

Fr. Steve Pujdak – As noted last week, Fr. Steve was taken to the hospital after fainting in his room at the Sacred Heart Community in Pinellas Park, FL. He is being treated for complications from COPD but has been able to take part in physical therapy. Doctors note that his condition is improving, though he will continue to need rehab assistance.

Callie (Alice) Brower ­– Callie, the sister of Fr. Tom Cassidy, SCJ, is in a rehabilitation facility following hospitalization for an infection. She is expected to be at the facility for approximately two weeks where she will receive wound care, and physical and occupational therapy.

Fridge Notes will be taking a couple of holidays in August. There will be no Fridge Notes next week, August 1, and then again on August 22. However, there will be photos and updates posted on Facebook and the province website, including pictures from First Professions (August 15), Jubilees (August 16) and the Province Assembly. Links to various postings will also be sent to SCJs via email.

The next issue of Fridge Notes will be published on Monday, August 8.

The Provincial Treasurer’s Office reminds local treasurers that the individual health insurance premium for SCJs went up $100 per month as of July 1. The new monthly premium is $1,355 per SCJ (previously it was $1,255). 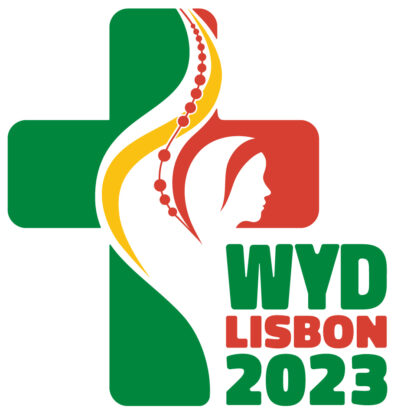 The next World Youth Day will take place July 28 – August 6 in Lisbon, Portugal. Fr. Hendrik (Ardi) Ardianto, SCJ, of the northern Mississippi pastoral team will lead the delegation from the US Province. Recently the Portuguese Province shared the following information regarding their efforts to host Dehonian youth in conjunction with WYD:

“In this meeting, we intend to bring together young people associated with the Dehonians and who live Dehonian spirituality; not only those who live in Europe, but also those who are from other parts of the world and who want to join us.

We will share updates on plans for WYD in the months ahead.

Last Friday Judy Halbrook retired. Many SCJs know her from her work at Sacred Hearts of Jesus and Mary parish (now St. Martin of Tours) or at Sacred Heart Monastery where she has worked since 2001. There, she was tasked with keeping the facilities clean and organized both for community members and SHM’s many guests.

“No bio of Judy would be complete without noting her years of dedication, trustworthiness, hard work and know-how,” said Br. Duane Lemke, SCJ, who was superior of the community previous to his new assignment at Sacred Heart at Monastery Lake.

“I will miss Judy’s kind, friendly presence on campus and her dedication to the community,” said Fr. Raúl Gomez-Ruiz, SDS, SHSST rector.

Judy is pictured above with Marlene Zepecki at Marlene’s retirement from SHSST in 2019. As noted last week, Marlene died on July 16.

Before moving to August, we first extend birthday wishes to our Provincial Superior, Fr. Vien Nguyen, SCJ, who celebrates his birthday on Wednesday, July 27, and Fr. Peter McKenna, SCJ, of the Toronto community whose birthday is on Friday, July 29.

Those celebrating birthdays next month include Fr. Steve Pujdak on August 2, Br. Bernard Taube and Br. Peter Mankins (at 93, Br. Peter is the eldest SCJ in the US Province) on August 8, Br. Ray Kozuch on August 22, Br. Frank Presto and Br. Frank Snider on August 28 and Fr. Herman Falke on August 31. Fr. Herman, a member of the Ottawa community, is our eldest SCJ in North America; he turns 94 this year. Happy birthday!!

Summer camp comes to a close

Friday was the last day of camp for children at Sacred Heart Southern Missions’ Dehon Village in Mississippi. Pictured below with the campers are two of our students, Alfonso Pizano (candidate) and Frater Thuan Nguyen, SCJ.

On the last day of camp both children and staff were treated to a waterslide, water guns and water balloons in an attempt to cool off in the oppressive heat. A local fire department joined in by swinging by for a visit with their pumper.

After spending the first part of the summer assisting in ministry with Sacred Heart Southern Missions the students returned to Sacred Heart Monastery over the weekend.  As noted at the top of Fridge Notes, Frater Thuan will renew his vows on August 12. 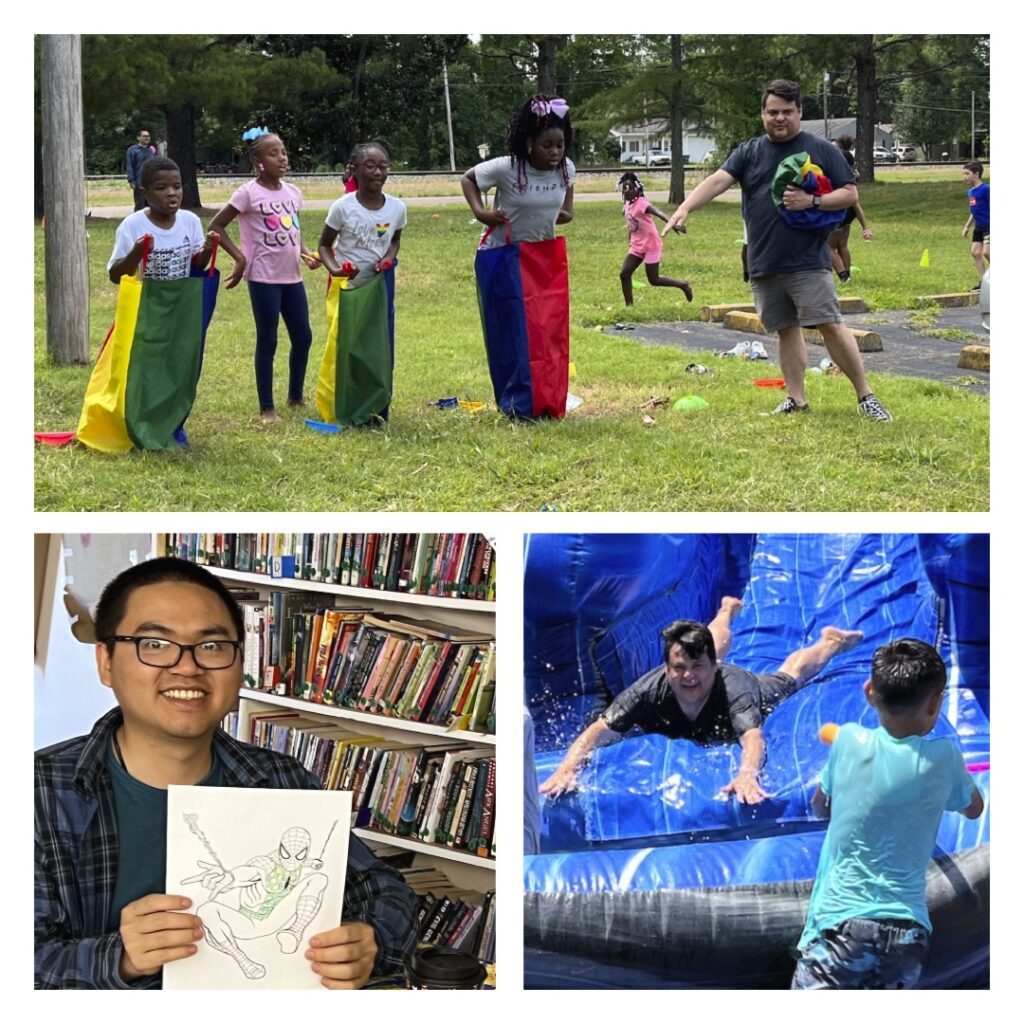