Ordained to the diaconate!

In 2006, Juan Carlos Castañeda Rojas entered the ESL program (English as a Second Language) at Sacred Heart Seminary and School of Theology. It was his first step on the path to ordained ministry as a Dehonian, a member of the Priests of the Sacred Heart.

On June 16, 2018, he was ordained to the diaconate by Bishop James T. Schuerman, DD, auxiliary bishop of Milwaukee. The ceremony took place right where Dn. Juancho began his Dehonian formation: in the main chapel at SHSST.

Dn. Juancho professed his first vows in 2013 and his perpetual vows in February of this year. On May 24, he received his Master of Divinity from Catholic Theological Union in Chicago. He is anxious to put his 12 years of preparation to work and begin full-time ministry at Our Lady of Guadalupe in Houston. As a student, he did summer ministry there, and was a part of the preparation team for a youth group from the parish that went to World Youth Day in 2016.

“I understand that formation does not end after finishing theology or initial formation but is instead a continuous and ongoing process during our entire lives,” said Dn. Juancho. “So, the real challenge for me is to continue giving my best for the good and growth of our mission as SCJs.”

Br. Peter Mankins has been hospitalized in Rancho Mirage, CA, after experiencing difficulty walking. It is thought that he had a stroke. He is receiving intensive physical therapy but remains in good spirits.

Theresa “Tess” LaFavor, the mother of Tim LaFavor of the Province Development Office, died on June 11 at the age of 90. Funeral arrangements were on Saturday.

Just in time for the Provincial Chapter and Election Assembly, Fr. Tom Cassidy, SCJ, is back from Asia.

“It’s been a pleasant two weeks that have gone by all too fast,” wrote Fr. Tom in his last journal entry from Vietnam, where he briefly assisted with the ESL program after time in India and the Philippines. “For me, the highlight was attending the first vows of our first SCJ Vietnamese to be able to make their religious commitment here in Vietnam rather than have to do it in the Philippines.

“I also enjoyed working with my Vietnamese students who ranged in age from say, 21 to about 33. They are here for a year to improve their English skills for seminary training; English is also the common language of our SCJ Asian entities. The program introduces them to religious life and to the basics of our SCJ life and spirituality.”

As Fr. Tom headed home, Br. Leonard Zaworski, SCJ, was getting ready to take his place. A former missionary in India, Br. Leonard has previously assisted in Vietnam.

“I’m a better person for having been here”

“I am a different person, a better person, for having been here,” said Deborah Kosut as she reflected on her 27 years at Sacred Heart Seminary and School of Theology. She will retire at the end of June.

For the past year, Deborah has been battling multiple myeloma; she has been on chemotherapy treatment since July, 2017, and had a few hospital stays since her diagnosis last summer. But it isn’t a decline in Deborah’s health that led to her retirement, a choice she made just weeks ago.

It is because she has shown signs of improvement.

For Deborah, an improved blood marker was a sign, a gift from God. She finds great joy, and a sense of mission in her work at Sacred Heart. But now, Deborah believes that it is time to focus her energy on her health.

Cancer isn’t a zero-sum game for Deborah. It’s simply the path upon which she is now walking. “It has been such a learning experience,” she said. “It is an interesting and beautiful journey.”

She credits the Priests of the Sacred Heart, the SHSST community and Fr. Leo John Dehon for allowing her to see the beauty in a very challenging journey.

“I tell people that I never saw anything in Fr. Dehon’s writings that was only for Catholics. His social justice concerns, his concern for all people; this is what inspires me,” she said, a Lutheran who is very active in her church.

“I am so grateful, so changed for having been a part of the Sacred Heart community.”

After taking part in Saturday’s ordination of Dn. Juan Carlos Castañeda Rojas, Fr. Ed Kilianski, SCJ, will be at the Provincial Chapter and the Election Assembly this week. At the end of the assembly he will fly home to attend his nephew’s graduation; he returns to Milwaukee on June 27. Of course, in July he will be at the General Chapter in Rome.

The Provincial Chapter begins today at 1:00 p.m. The primary task of the gathering will be to elect two delegates and two alternates for the General Chapter in Rome (July 14-27). There will also be time to briefly discuss possible topics to submit to the Chapter.

The Province Election Assembly will begin at 9:00 a.m. tomorrow, June 19. The primary task of this gathering is to elect new provincial administration; Fr. Ed completes his first term in September. The assembly is expected to end either Thursday afternoon or Friday midday. As with any such gathering, the schedule remains flexible to allow appropriate time for the tasks at hand.

Be sure to check our province Facebook page for news and photos from the chapter and the assembly! 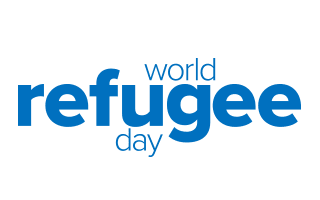 The North American Migration Committee will commemorate the day by sending SCJs in the US and Canada the first of several mailings with the continued sharing of stories of SCJs, co-workers and others regarding their personal experiences of migration. The stories will also be available on the US Province website.

“It is hard when people dismiss you (not intentionally) because you come from another country,” wrote Lois Harrison, reflecting on her experience as a legal immigrant to the United States. “They question your thinking, openly mock the way you speak and the words you use to describe things. They laugh at you to your face and make disparaging remarks about where you come from. This is done with no regard or consideration of whether they are hurting a person (that never enters their mind) because you are ‘other’ and do not belong.”

Lois is the Volunteer Coordinator of Sacred Heart Southern Missions. Look for the rest of her story in the June 20 mailing. She notes that “it took me nearly 20 years [to beccome a US citizen] and I came into the country LEGALLY.”