What it means to be a Priest

“The very first duty [of a priest] mentioned [in the Code of Canon Law] is that the Word of God is to be announced in its entirety to the people,” said Fr. John Czyzynski to students, staff and alumni of Sacred Heart Seminary and School of Theology. “My brothers, that is your first priority as a priest. We need to live and pray that word so that we can proclaim it the best we can. It is important to study the scriptures and consult homiletic aids and all those props that are available to us, but we especially need to absorb the word, integrate it, make it our own so that folks do not level against us a criticism I once heard of a priest: ‘he sounds like he is talking about something secondhand.’”

On October 7 Fr. John was the presenter at the annual SHSST Dehon Lecture. His topic: “The Year of Consecrated Life; the dynamic interchange between the vocations of religious and diocesan priests as they advance the Church’s mission in the world.” From the perspective of a religious priest who has been involved in the formation of men for the priesthood and/or religious life for over 40 years Fr. John talked about what it means to be a priest, the unique call of the diocesan and the religious priest, and the shared mission of all Christians.

Fr. Byron Haaland is continuing to recover from a cardiac arrest suffered on October 1. He is now breathing on his own, is alert and responsive, and is able to do physical and occupational therapy. He is at St. Luke’s Hospital in Milwaukee, however; visitors at the time are limited to SCJs and immediate family. He, his family and the SCJ community thank people for their continued prayers and concern.

Fr. Joe Dean is out of ICU and recovering well from surgery on October 5 to remove a non-cancerous tumor near his brain. Doctors are pleased with the results of the surgery. He had a minor set-back late last week –– an atrial fibrillation –– but it was addressed with mediation. Fr. Joe is at Avera McKennan Hospital in Sioux Falls, SD. As with Fr. Byron, many thanks for the prayers and concern expressed for Fr. Joe in the past week.

Besides Frs. Byron and Joe, please also keep in prayer Hoang Nguyen, the uncle of Br. Long Nguyen. Mr. Nguyen had open heart surgery last week and is now suffering from significant complications. He is the brother of Br. Long’s mother and lives in Port Arthur, Texas.

Fr. Carlos Enrique was regional superior of Venezuela when elected to the General Council in May. He was professed in 1994 and ordained in 1999. Much of his ministry in Venezuela was in education and formation.

During the annual Alumni Week Awards dinner at Sacred Heart Seminary and School of Theology last week, Fr. Tom Cassidy was awarded the Dehon Distinguished Ministry Award. Unfortunately, Fr. Tom was not able to receive his award in person; he is currently serving in India. He instead sent a video with his acceptance speech; the following is excerpted from the video:

“…I am humbled by your bestowing this award on me. I find myself in very good company, from Fr. Cremer (the first to receive it in 1989), who was my professor of theology during my years at Sacred Heart, to last year’s recipient, Christopher Klusman, who was a student during my tenure as rector.

“This award is named after our founder, Fr. Leo John Dehon, whose cry that ‘Priests need to get out of the sacristy!’ rings true today in the words of Pope Francis who said that ‘If you want to be a shepherd you need to come home smelling like the sheep…

“From the bottom of my heart I thank you for bestowing on me the Dehon Distinguished Ministry Award. My promise to you is that I will try to daily live up to its ideals… Finally, please keep me and our young Indian SCJ District in your prayers, and in turn I will ask that our 26 theologians pray for you as well.”

Fr. Tom returns to the United States later this month.

Dr. DiDomizio was instrumental in the development and growth of the Pre-Theology Undergraduate Program Agreement between Sacred Heart Seminary and School of Theology and Cardinal Stritch University. This program, first established in the 1990s, is rare, if not unique, among Catholic seminaries in the United States, and has made SHSST attractive to many bishops and vocation directors seeking a program of priestly formation for strong candidates who do not have a bachelor’s degree. Such students live at Sacred Heart and participate in human, spiritual and pastoral formation programs at the seminary, while traveling to Stritch several days a week to take undergraduate classes as they work on the requirements for a bachelor’s degree.

The Archbishop Cousins Award is annually awarded by SHSST to a person or organization who has demonstrated distinguished effort, involvement, and promotion of vocations among men over 30 to the Roman Catholic priesthood.

Fr. Roger Phaneuf of the Canadian Region has a new email address: rphaneuf12@gmail.com

Fr. Ed Kilianski begins the week in Chicago with a pastoral visit with the Dehon Formation Community. He has a conference call with the Provincial Council on Wednesday, and meetings with the SHSST Board of Directors Thursday and Friday. On October 19-20 he will be at the CMSM Region V meeting in Techny, IL, and on October 22 he flies to Portugal for the installation of Fr. José Ornelas Carvalho as bishop of the Diocese of Setúbal. He and Fr. Jack Kurps will represent the US Province. Fr. Ed returns to the States on October 29.

October 18th is World Mission Sunday. In his message honoring the day, Pope Francis writes that “World Mission Sunday 2015 takes place in the context of the Year of Consecrated Life, which provides a further stimulus for prayer and reflection. For if every baptized person is called to bear witness to the Lord Jesus by proclaiming the faith received as a gift, this is especially so for each consecrated man and woman. There is a clear connection between consecrated life and mission…

“Mission is a passion for Jesus and at the same time a passion for his people. When we pray before Jesus crucified, we see the depth of his love which gives us dignity and sustains us. At the same time, we realize that the love flowing from Jesus’ pierced heart expands to embrace the People of God and all humanity. We realize once more that he wants to make use of us to draw closer to his beloved people and all those who seek him with a sincere heart. In Jesus’ command to ‘go forth’, we see the scenarios and ever-present new challenges of the Church’s evangelizing mission. All her members are called to proclaim the Gospel by their witness of life. In a particular way, consecrated men and women are asked to listen to the voice of the Spirit who calls them to go to the peripheries, to those to whom the Gospel has not yet been proclaimed.”

Happy Thanksgiving to our Canadian SCJs and other friends north of the border! Today is also Columbus Day and in some states, Native American Day. 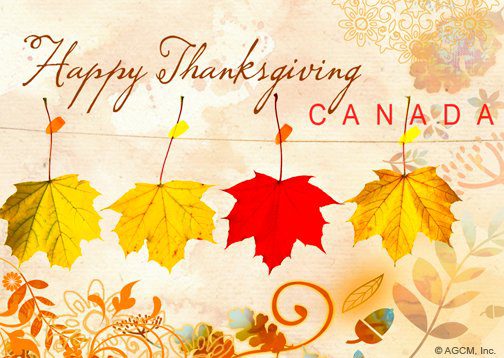