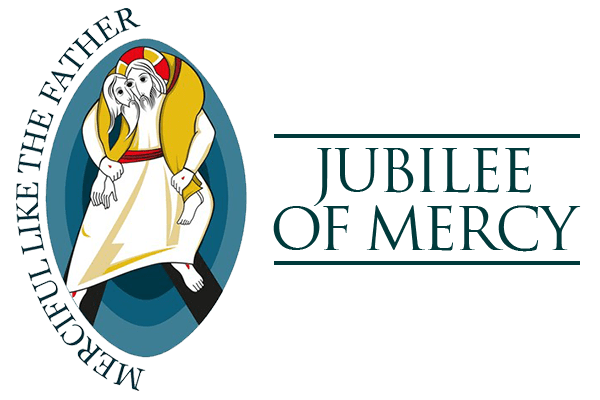 “We constantly need to contemplate the mystery of mercy. It is a wellspring of joy, serenity, and peace. Our salvation depends on it.”

“There is no other divine attribute that Sacred Scripture lauds more greatly than God’s mercy.”

On May 15, 2015, Pope Francis announced an extraordinary jubilee, a Holy Year of Mercy from December 8, 2015, the Solemnity of the Immaculate Conception, until November 20, 2016, the Sunday dedicated to Christ the King.

Our Lady of Guadalupe, Houston, was named by Daniel Cardinal DiNardo as one of the places in the Archdiocese of Galveston Houston where a Holy Door will be opened; it will serve as a pilgrimage site throughout the Holy Year. The cardinal will celebrate a special liturgy at OLG with the Rite of the Opening of the Door of Mercy at 6:30 p.m. on Saturday, December 19.

“When I learned that the cardinal would preside at the rite at Our Lady of Guadalupe I wrote to him to express my joy and appreciation,” said Fr. Ed Kilianski. “I let him know of the SCJs’ particular emphasis on mercy in our spirituality and our ministries.

“I shared with him that ‘Merciful, in Community, with the Poor,’ was the theme of our 2015 General Chapter. All of the discussions and decisions made at that chapter were based in the concept of mercy, the love and mercy of our Lord. Pope Francis received our delegation at the end of the General Chapter. In his words to us he confirmed the place of mercy as the center of our vocation, telling us that ‘Mercy is the word that sums up the Gospel; we can say it is the face of Christ.”

In the conclusion of his letter to Cardinal DiNardo Fr. Ed noted that “As you can see, the Year of Mercy has a very special meaning to the Priests of the Sacred Heart. We are grateful that you have chosen a parish at which we minister to open this special year in the Archdiocese of Galveston Houston.”

Fr. Tom Lind was admitted to the hospital last week to treat an obstruction caused by scar tissue left from cancer surgery he had years ago. Over the weekend Fr. Tom had some optimistic signs toward recovery. Doctors will do tests this week to determine whether surgery may be needed to address the issue. The SCJ community reports that Fr. Tom’s spirits are good, but that he is in some discomfort because he has been immobile for several days.

Fr. Tom thanks SCJs for their prayers other support. He is not up to many visitors or phone calls at this time, but cards can be sent to him at: St. Michael Community House, PO Box 38, Nesbit, MS 38651. Please keep Fr. Tom in your prayers.

In recent months members of the North American Committee on Immigration have been meeting with local communities in Canada and the United States to reflect, pray and “discuss together how we can respond to the suffering of refugees,” said a committee member.

A synthesis of the actions local communities proposed will be sent – via email – to SCJs in the US and Canada this week. Among the proposals:

– Take in or sponsor a refugee family.

– Collaborate with local groups to respond to what refugees are experiencing.

– Prepare homilies and intercessions to keep the suffering of refugees in the hearts of people.

– Try to counteract racism and fear.

– Be a vehicle of good information.

Members of the committee ask that local committees share with others what they are doing. You can do this by sending updates to Mary Gorski. These updates can be as simple as a photo and one-sentence news item for the Fridge Notes or Facebook page, to articles, reflections or story ideas on which Mary can follow-up. If a local community develops something that others might be able to use, such as a bulletin insert, again, contact Mary and she can distribute it.

The committee will have its next meeting January 27-28 in Milwaukee. The focus of the meeting will be on developing a North American pastoral response to refugees. The committee welcomes input on that prior to their meeting. Click on a committee member’s name below to email him:

Years ago seminarians would ring the Mission Bell at Sacred Heart Seminary and School of Theology when they completed their studies. In 1997, the tradition was brought back with a “Rite of Sending” service.

This semester’s rite will take place Wednesday, Dec. 9, at 1 p.m. in the main lobby of SHSST. Anyone is welcome to attend the ceremony, during which the Sacred Heart community will prayerfully say good-bye to and share their best wishes with graduating students.

Last week the DeSoto Times-Tribune did a feature on the Housing Resource Fair sponsored by Sacred Heart Southern Missions in its first partnership with the Mississippi Home Corporation. The MHC was created in 1989 by an act of the Mississippi Legislature “to enhance Mississippi’s long-term economic viability by furnishing safe, decent, affordable housing and helping working families build wealth,” wrote Henry Bailey in the DTT.

Fr. Ed Kilianski is scheduled for a visitation with the Sacred Heart Monastery Community December 8-10. December 14 he will be with the Dehon Formation Community for meetings, and December 15-16 he has council meetings.

Around the world people took to the streets last week to urge leaders at the climate talks in Paris to take significant action in addressing climate change on a global level. In Milwaukee, Fr. John Czyznski, Fr. Johnny Klingler and Mark Peters (JPIC director for the US Province) joined approximately 200 other concerned citizens in a march from City Hall to the WE Energies building where they challenged the company to do more to promote and utilize sustainable alternative energy resources. WE provides electric service to customers in Wisconsin and Michigan’s Upper Peninsula.

“The folks there were truly dedicated and that inspires me,” said Fr. John of fellow marchers. “There was a lot of energy in the group. However, what is sad is that everyone who was there already believes in the need to do something to respond to the climate change crisis –– the people who are able to do something about it were not there. I hope that somehow our presence helped others know about what is going on and what needs to be done.”

Frs. John and Johnny are pictured below during the march. 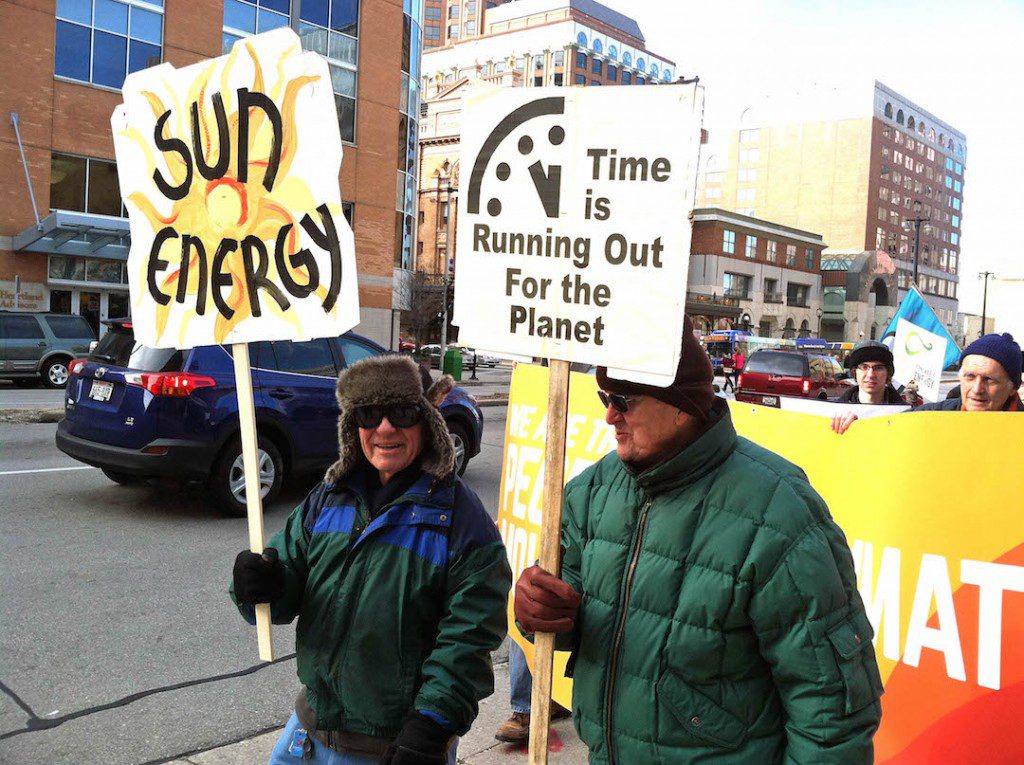